The Book of Kirby 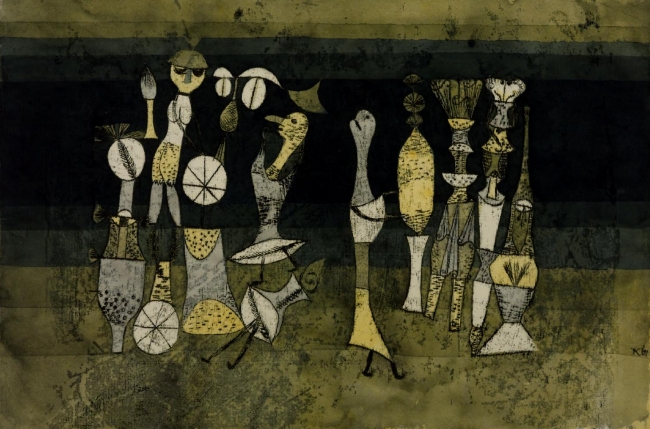 With little time before his kids start fisticuffing one another, before his wife dumps the weekend itinerary on him, Kirby rolls himself out of bed this Saturday to work on his spiritual overhaul. He’s been reading a book of meditative exercises, finding purpose in the struggle. Bitterness, self-loathing, anxiety, passive aggressiveness, avoidance tendencies, deficiencies in willpower—all sorts of maledictions can be cured according to the book. Today he’s having trouble settling into his breathing pattern because of a smell. Is it a mouse decomposing in the walls? Or maybe it’s mold. My God, what if it is? He saw this TV special where an ivy-league professor turned into a drooling vegetable after moving into a bungalow laden with the stuff. Could this be Kirby six months from now, hooked to oxygen in a hospital bed, a plastic mask cutting tightly into his face but his arms too weak to adjust it?

Fluffers nudges the door open to the basement office and rubs against Kirby’s shin, distracting him from his dark prophecies. The book talks about these universal reminders, aid sent from higher forces to get you back on track. When he reaches down to pet Fluffers the cat bites his finger. Fluffers scurries out of the room before Kirby can retaliate.

Kirby refocuses his breathing. Slow and deep. That’s it. As disturbances pop up, he practices the teachings of the book. He doesn’t try to control them; instead, he watches them slide on past, like cars on a country road. Kirby chooses Big Heart, Bigger Love as today’s meditation because of a difficult conversation he must have with Dave Fleming. Dave owns Floors Today, Kirby’s second largest account. Dave’s an overgrown toddler, going Godzilla on everyone when he doesn’t get his way. Kirby wants nothing more than to postpone the talk. But the book teaches that fear only shrinks when you move toward it. Kirby visualizes an amorphous membrane filled with amniotic fluid. The heart floats in the center of the membrane, quite small, but expanding. In time the heart grows so large it pushes against the membrane walls. Now through the membrane. On the other side of the membrane is Dave Fleming.

Okay, stop. Kirby’s stuck on the details of the heart. The book doesn’t specify what shape. Are we talking actual heart—chambers, aortas, et cetera? Or are we talking symbolic, like candy valentine? It gets huge, that’s all Kirby knows. Kirby chose actual heart for realism’s sake, but now that he has reached the next step he can’t transform the heart into an incandescent object, beaming its hybrid light/love into Dave’s solar plexus. There are those vessels and aortas spurting blood all over the place. Look at Dave, just look at him. Looks like some extra pulled from the set of Carrie.

Dave clears a swath of blood from his eyes and glares at his ruined Italian leather shoes. He jabs his finger at the heart, “You’ll pay for this.”

Kirby backs off real heart. It complicates the process too much. The book says meditations take a lot of practice but not to give up. Rewiring the spirit is worth it. Kirby refocuses his breathing. Slow and deep. That’s it. Every moment is new. Kirby ponders the situation with Dave, how it got this way.

Dave’s a bottom feeder, stocking the cheapest carpet Kirby sells ten rolls at a pop, the kind of junk you see through when held up to the light. Kirby has no qualms selling Dave what he wants, but it gets old, this nickel and diming, eroding Kirby’s margin until it hits the gutter. Meanwhile, Dave’s living the dream, buying a new Audi every three years, drinking wine from the balcony of his oceanfront condo. The money Dave’s making, you’d think he’d be satisfied enough to send a decent crew to install your carpet. But he doesn’t. He uses shitty installers that’ll work for less, allowing Dave to pocket yet another buck.

Well, Dave’s crew screwed up again. It doesn’t matter what happened because it’s Kirby’s fault. Always. Dave’s tirade never changes. “You damn well better reimburse me for material and pay my guys, too. If I get a fucked up review over this, I’m starting a dumpster fire with every last one of your samples. Think I’m playing? Try me.”

This Monday Kirby must try Dave. Kirby’s manager won’t accommodate Dave’s demands anymore. “We’re done eating his mistakes. Just make sure he sends an invite to the bonfire. I’ll bring the marshmallows. You bring the sticks.”

Kirby feels silly with his giant candy heart, but it is what it is. He makes it bigger than cars, bigger than buildings. It’s high above the telephone poles, the trees. If there were mountains in his backdrop it would surely rise above the tallest peak. But Dave won’t be outdone, growing along with it. Kirby reaches the capacity of his imagination and the two stop. They are equals. Dave stares at the heart, unblinking. A minute goes by, then another. Dave reaches out and touches the heart. Kirby feels the ecstasy of progress. Then Dave opens his mouth and shares his real intention. He chomps down on the rounded, sugary edge, pink granules dusting the lapels of his sport coat. Kirby knows there’s only one way this can end. There will be nothing left.

Don Foster grew up in a farm town on Maryland’s Eastern Shore. His favorite chore as a kid was burning the trash. He now recycles. His fiction has appeared in 99 Pine Street, Arcadia, and Cooper Street. You can find him on Twitter @donleefoster.