Where It Will Land 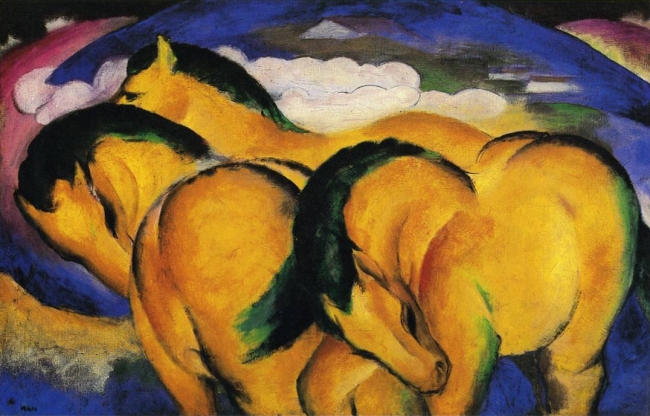 To access the university’s rural walking trail, I have to cross the recently scalped landscape. February in West Texas, the grass is scabby, mesquites thin and low. Here and there a slab of gray stone breaks the skin of the earth as though breaching for air. A mown dandruff of trash litters the nearby brush, and a narrow footbridge traverses the watery ditch separating the afterthought parking lot from the trail.

From the center of the bridge, I gaze down into the rocky runoff. Sometimes golf balls wash down from the driving range on the east side of the campus. When it rains, which is rare, the runoff becomes a small river, carrying all manner of trash and treasure toward the main storm drain. Once I found a golf ball peeking out from beneath a clump of prickly pear where it had come to rest after the water dried up. It looked just like a dimpled Easter egg.

Like a kid with a new toy, I remember hefting the ball to judge its weight, bouncing it in my palm a few times before lobbing it as hard as I could right down the middle of the deserted trail. For half an hour I’d engaged in quite a contest with myself to see how far it would sail. After a dozen times, I’d lost it in the ditch. The next morning, it took a moment to understand why my shoulder seemed frozen in its socket.

Today it is nearing ten a.m. The weather is cool and mild, not winter, but certainly not spring. Two miles into my walk, I begin to wish for water. I’d been in such a hurry; I’d left my bottle in the car. This place has become my addiction. I long for it like a cigarette after a meal.

It’s quiet, one of my favorite things about the place. On a drilling rig, the noise is constant and deafening. Here, I can pretend I’m in the middle of nowhere instead of on the edge of the city. As a member of the not-so-recently unemployed, I quickly discovered that not many people were out on foot at this time of day. I had never been a walker before. On location, we worked sun up to sun down. No time for outside interests. No need for leisure-time exercise.

But this. This is so much better, even though I’m surprised sometimes that I’m still without a job. Retrain, my career counselor says. Start anew. Take some college classes. You’re young; jobs in the oilfield are dandelion seeds on the wind. Derrick men a dime a dozen. Go into the health field, she says. They’re always hiring.

But I can’t imagine working indoors.

I glance again into the running water bordering the trail. I’m not sure if the little gully qualifies as a ravine, an arroyo, or just a drainage ditch; but when it rains, the runoff sluices across the rocks and under the bridge in such a way that it seems as though we live somewhere other than West Texas … a place where running water isn’t such a big surprise, and jobs don’t appear and disappear at the whim of OPEC.

A jackrabbit springs away from the path. On the rig, I’d always kept a lookout for wildlife, but out here on the trail, I have time to actually study it. In addition to jackrabbits, I’ve seen prairie dogs, coyotes, even hawks and burrowing owls.

Once I came upon a fox clinging cat-like to the top branch of an ancient elm. A tri-colored hound stood straight up at the base of the tree, one paw against the trunk for balance, baying in a voice hoarse with excitement. His owner, leash dangling uselessly from his palm, stood a short distance away. “Didn’t know they could climb trees!” His jovial voice sickened me. What did he hope, that the fox would fall and the dog would tear it to shreds?

Every time I pass it, my eyes stray to that treetop. I know the fox isn’t there. I kept watch for a while, but it didn’t come down. Finally, the man pulled his dog away. I stayed on until darkness pushed me home. I’m sure it came down as soon as I turned my back. Still, my eyes check the top of that tree.

It’s a good day for the trail. I won’t tell anyone, but I even find myself looking forward to a repeat of the riotous explosion of wildflowers that occurred last spring. I wonder if they will return—

Out of nowhere, slow movement catches my eye.

No jackrabbit this time; instead, a horse appears around the curve of the lane.

When did they put in a riding trail?

Then I realize there is no rider, only horse. We examine each other as if in recognition. It’s a stallion, a bay. His large eyes show white, the nostrils flaring slightly on either side of the velvety nose. Eyelashes like spider legs sweep once as he turns his head aside. He snuffs air toward me across the trail.

The sight of this magnificent animal standing unattended in the middle of my morning is so surreal it seems holy. Time grows heavy. Dust motes trickle down. Nostrils twitch just before he bolts.

Instinctively, I step back. I long to reach out, run my hands across his coat, under his belly, along the withers. But he passes me without pause, mane streaming back.

It’s a stallion, a bay. His large eyes show white, the nostrils flaring slightly on either side of the velvety nose. Eyelashes like spider legs sweep once as he turns his head aside.

I try to follow, to keep up, but I’m no teen. The mild pre-spring day is suddenly hot. Sweat beads in my brows. A stitch knits up my side. Out here, I never run, only walk. On the rig I was a derrick man. I rode to the top, looked out over all the land.

Directly ahead is the one main thoroughfare that bisects the campus. The horse doesn’t slow. The sound of unshod hooves on soft earth is muted, cluppety-cluppety-clup, changing briefly to a brisk CLOPPETY-CLOPPETY-CLOP when he crosses the pavement. Then he is gone; even the sound of his hooves.

Like a streak of rusty light, he’s made it across the wide, paved road.

Hands on knees, I bend over to catch my breath. Was he real? I search for hoof prints on the soft path. When I find them, I pull out my phone to snap some proof, and then I call animal control. Someone somewhere is missing a horse, a beautiful bay enjoying a moment of freedom. Or maybe no one has missed him yet. Maybe they don’t even know he’s gone.

I think of hurrying back to my Jeep to drive around, make sure he’s found. Make sure he’s safe. But I don’t. I don’t hurry after all. Maybe I don’t want to see him caught. Maybe I’m afraid of what I’ll see.

I hitch up my jeans and continue with my walk. My throat is parched and my head pounds, but I don’t want to stop. I don’t want to go back. I keep my eye on the ditch beside the trail, scanning the weedy bottom. My hands feel so empty. Suddenly, I itch to find another golf ball, to heft its solid circular weight, to arc it high and white into the blameless blue sky, to throw it as hard as I possibly can, just to see where it will land.

Born in the small West Texas town of Lamesa, Ann grew up much like Stevie in her novella, Stevie-girl and the Phantom Pilot (although she never got up the nerve to enter the haunted house). In addition to writing, Ann has done everything from answering 911 Emergency calls to teaching elementary school. She also loves reading, walking the university trails, and playing with her grandkids. Her to-be-read list has grown so large it has taken on a life of its own. She calls it Herman. Please feel free to connect with Ann at annswann.blogspot.com.