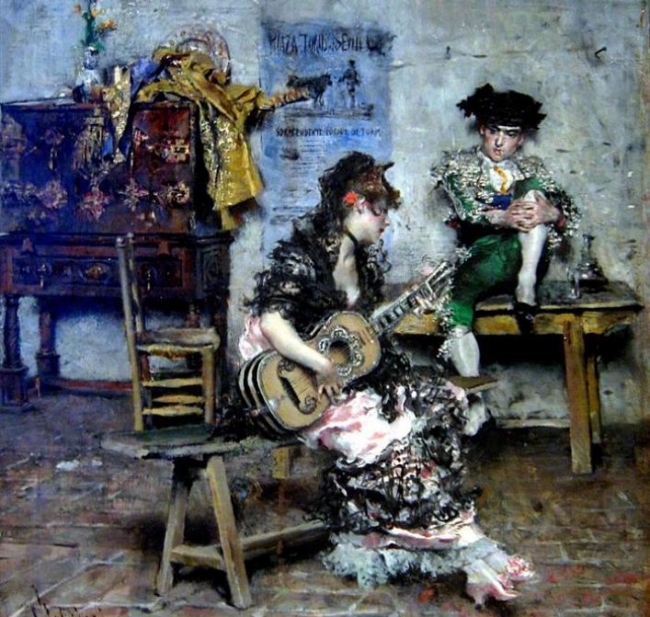 The red light felt endless. I flipped through the radio dial—sick of the same old stuff—and paused at a soft hits station. It blared some power ballad from the 80’s. Not my music. I reached for the dial but hesitated, vaguely captivated by the hypnotic mélange of synthesizer, melodramatic falsetto, mechanical drumbeat.

Definitely not my music. Back in high school I was strictly into metal. The hard stuff. No synthesizers or sentimentality, just power chords and teenage anger. Album covers filled with gun-toting skeletons, that sort of thing. Drifted to angst-ridden alternative rock in my twenties, stripped acoustic stuff in my thirties. But now that I was pushing forty…

The singer’s name escaped me, but his image was burned into my mind: leather jacket, earnest look, well-coiffed mullet eerily rigid under the stage lights. My buddies and I used to ridicule him back in the day. And he deserved it. But now, something about his voice…

I cranked the volume and nodded to the rhythm. The beat intensified and I found myself gazing into the distance in contemplation. As the chorus arrived, my lips moved involuntarily to the words—flubbed a few but that didn’t matter—and my head bounced with such vigor that I strained my neck. I ignored the pain as the song barreled into crescendo. Goose bumps erupted on my arms. A tear formed in my eye. I wiped it away and belted out the lyrics. They emerged precise, heartfelt, dredged from latent memory.

As I rode the song to its denouement, movement caught my eye. I turned and saw a carload of college girls idling beside me. They roared with laughter. At me, not with me. And not in a isn’t-he-a-cute-older-gent sort of way.

I quickly lowered the volume and changed the station. The stoplight turned green. The girls sped off, still laughing. One stuck her head out the window and blew me a kiss. Sheepish, I puttered behind in my generic sedan crammed with baby seats and a subtle but persistent reek of sour milk and infant turd. At least I wasn’t driving a fucking minivan. Still had that shred of dignity.

But only preset number six, the farthest to the right. Far enough that I’d have to stretch a bit. Make an effort to push the button. Not in the top five, the preferred choices within easy reach. But number six. The last option. Maybe on a late night solo drive somewhere, jacked up on coffee, the window rolled up. Yeah, number six.

I could live with that.

Tom Mahony is a biological consultant in California with an MS from Humboldt State University. He is the author of the novels Imperfect Solitude, Flooding Granite, and Pacific Offering. Visit his website at tommahony.net.