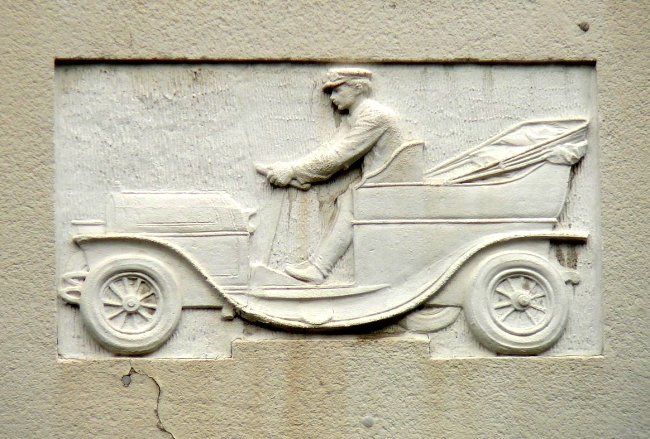 You drink your last beer and then decide you’ll drive to the store to get more. You decide you’ll get a few other things at the store too, like maybe a pizza and more milk since you’re starting to run low. What else do you need? Bananas. Another bag of tortilla chips? Salsa? Beans? You don’t make a list; you hate lists. You think making lists is a sure sign of laziness, of cognitive absence. Once you start making shopping lists it all goes downhill from there. If you forget something while you’re in the store you’ll get it next time. It’s not the end of the world.

You leave your apartment and get in your car. You hit the ignition and back out of your space. You turn onto the side road and then onto the main road. You’re driving along when you notice a cop car in the rearview and you start to panic. You think: all right, stay cool. You think: I’ve only had one beer, so I’m not drunk, I’m only barely tipsy. You think: okay, to be honest, yes, I’m tipsy, but not so tipsy that it’s illegal for me to drive, right? You’re not sure about this, as you’ve never been pulled over before. What’s the legal limit of alcohol you can have in your system while driving, .08%? It doesn’t seem like a big number to you, in fact seems like a very small number. You wonder if you are over the limit. The beer you drank was a fairly strong stout. You sort of have a thing for strong stouts.

You start to drive very carefully, afraid that any second now the cop’s going to flash his lights and you’ll have to pull over. Whenever you see a cop pulling someone over you always feel sympathetic towards the person being pulled over, no matter what that person had done to get pulled over.

You think: If I get a DUI I could lose my job. You think: that would be a gift and a curse, but more of a curse than a gift, as you’d be forced to move back in with your parents, most likely, until you find another job. You think: please god, or whoever’s up there, or whatever, if you just let this cop not pull me over I’ll quit drinking anything alcoholic before I drive, I promise. I’ll only drive sober from now until I die.

You stop at a four-way stop sign, wait for a car that got there before you to make its turn, then you go straight. You look in your rearview and see that the cop has also gone straight, and now you think he must be following you on purpose, that he must be on to you. You think: I might be driving too cautiously. You think: I need to relax, to drive completely at ease, at ease and without a trace of guilt. You throw your arm around the passenger seat’s headrest. I got this, you think. You glance in the rearview and think: I’d like to see him pull me over.

At the next four-way, the cop turns while you continue straight through. That’s what I thought, you think, at once relieved but, also, strangely, disappointed that nothing ever happens, at least not to you.

“Tipsy” originally appeared in Across the Margin.