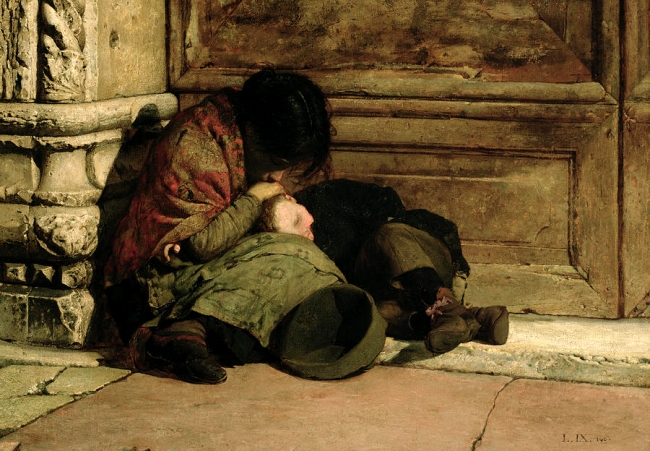 Deciding Where to Live

The rain that ruined my cardboard
house has moved away, so I walk
a 3:00 a.m. street with no signs,
no traffic except for the wind,
stray dogs, alley cats, and clouds
of gnats. Silence reigns
until a cry shatters a window
into showers of glass needles
raining down like many fragile lives.
Ten condemned apartments
later, a rusty hinge
whines a hope for help,
but sirens turn down

brighter streets, not here
where night never fluffs its stone
pillows but knows where all
its homeless sorrows lie.
Even erased by darkness,
an invisible man, I can still see
my breath like a ghost
in front of me, beneath a burned-out
moon in whose darkest shadow
I drift, looking for a place
to rest in peace.

*
Truth Be Told, You Can’t Take It Back

You can bury us
in unmarked graves,

burn our books
so not a word gets out,

shred our birth certificates
so we never lived.

But the dead still sing
in the ears of the young.
Though wild packs and winged
creatures devour our hearts,
the wind rises every morning
to howl our names.

Signs melt into night.
I am falling asleep by a road
whose only footprints are mine.
Where they end, the path goes
on without me.
Leaves glide down like wings
or small pieces of a brittle map.
The last bird sings itself to sleep.

When the day reveals if I am lost,
cold feet struggle to step again,
more in fear of where they stand
than where they might go

Robert S. King, a Georgia native, now lives in Lexington, Kentucky. His poems have appeared in hundreds of magazines, including California Quarterly, Chariton Review, Kenyon Review, Main Street Rag, Midwest Quarterly, and Southern Poetry Review. He has published eight poetry collections, most recently Diary of the Last Person on Earth (Sybaritic Press, 2014) and Developing a Photograph of God (Glass Lyre Press, 2014). His work has received several nominations for the Pushcart Prize and Best of Net award.