Three in the Morning and You Don’t Smoke Anymore 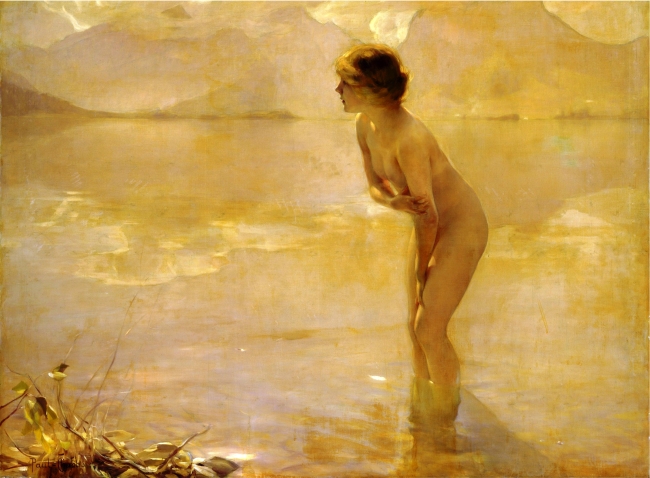 It’s that thing that wakes you at three in the morning, with a gasp and a startle, brain addled, pulse pounding, the pillow and sheets sweat-soaked. You roll over to the night stand for a cigarette before you realize you don’t smoke anymore, quit years ago, but it still remains, that muscle memory, to reach for something, no matter how toxic, when you sense yourself sinking. You unfold out of bed, this leg, then that leg, pause for a beat to acclimate to upright, sort of, before stumbling down the stairs, clumsy against the rail, the hardwood creaking, that one nail on the next to last step that always snags your sock, goddammit, boxers and V-neck damp, clingy. You check the air conditioner, running full blast, set at sixty-two. Sixty-two? You jump to adjust to something more sensible, seventy at least, the unit outside clanking off with a rattle of hard metal. Christ, who set this thing at sixty-two? You would never be so cavalier with the thermostat, and thinking like that makes you feel like your dad. You resist the urge to rummage through your desk drawer for a crinkled pack of Marlboro Lights that might have gotten shoved way in because even if it had it would have long been pillaged by you by now.

It’s no use, you know, but you go to your desk nonetheless, something draws you, and the chair you stole from the last place you worked, those assholes who were too cheap to offer you severance. You had to take something for your time, so rather than abscond with a briefcase of office supplies like any normal person, or a wad of petty cash stuffed into your overcoat pocket, you took a shitty chair, rolled it down the hallway as security escorted you from the building. You never even liked that chair, the insufferable squeaking at the slightest shifting of position. But you had to take something. And now here it is, in your house, squeaking, squeaking, squeaking, as you sit at your desk, and open your laptop, for some reason, some reason that escapes, at three in the morning, your damp underwear. You log on, you log in, and there, then you remember, why you woke with a gasp soaked in sweat.

It’s her, you see her, like you used to see her, older of course, what’s it been, ten years, no, more, but still the same, sort of. You see those lips, those eyes, the button nose, the unruly shock of platinum blonde hair, not natural, not what God gave her, but suits her, the mermaid tattoo from Key West. It’s her, you know it’s her, older but still it’s her, smiling, contented. She’s standing on some anonymous beach, with some anonymous kid, some kid who looks like her. It’s her kid, her son, they told you it’s her son. Is that really her son? He looks like her and not his father whoever that is and why isn’t he in the picture although you suspect maybe he took the picture but you would rather just consider him out of the picture. He’s a good looking kid, tall, towers over her, but she’s small, you always teased, yet even so, a kid that big, and good looking, with all her best features and nothing from his father whoever that is. You see that, you saw that, and still cannot believe it, and now you can’t stop staring.

It’s why everything that used to be you and her rewinds into place, sort of, grainy footage from another era: how she smelled, how she tasted, how she felt brushed up against you, soft and safe, how she pleaded that crisp autumn night right before she left if you would ever settle down and you could not articulate an answer to make her stay. You reach for your breast pocket for a cigarette but you don’t have a breast pocket and you don’t smoke anymore anyway, quit because of her, because she hated the smell, and what it did, and she wanted you to be healthy. You would go on those ridiculous long runs with her in the park, panting and coughing and struggling not to vomit, just to be with her, and you would pretend those runs were the best ever while secretly longing to lounge on the stoop inhaling deep satisfying drags from one of the stash of “cancer sticks,” she called them, you managed to hide from her.

It’s that thing that makes you wonder what the hell you have been doing with your life, these many years, while she was raising a good looking kid with all her best features who towers over her. You, sitting in your damp underwear in a shitty chair you stole from those assholes who fired you for no other reason than they didn’t want you there anymore. You, in the same place you have always been, at this starter home you bought when you first moved into town, and here you are, still not started. You resist the urge to pull on a pair of sweats and wander down the street to that gas station with the buzzing neon beer signs that never closes for a pack of something and a bottle of something only because you don’t want to go to the trouble. Instead, you sigh, shut the laptop, rise from the chair, squeaking, squeaking, squeaking, and slurp two handfuls of water from the bathroom sink, splash what’s left on your face, then head upstairs, to bed, toss the pillow and peel off the sheets, lie on the mattress, the plastic covering sticking to your moist skin, grabbing slightly and releasing with every heavy breath. All you want is to fall asleep, to be done with this day and endless night, because tomorrow might be different, better maybe. Tomorrow you might do something.

“Three in the Morning and You Don’t Smoke Anymore” originally appeared in the final issue of Kentucky Review.

Peter J. Stavros earned a BA in English from Duke University and studied creative writing on a graduate level at Emerson College and Harvard University. His work has appeared in The Boston Globe Magazine, Hippocampus Magazine, Fiction Southeast, Juked, and Literary Orphans, among others, and featured on the podcast Second Hand Stories. Peter lives in Louisville, Kentucky with his wife. More can be found at peterjstavros.wordpress.com.