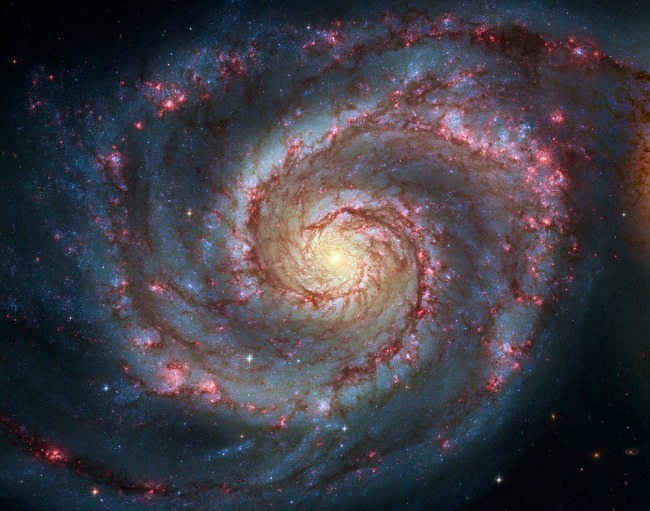 After his Mother died, George Smalley’s job became the only pleasure left in his life. Others might find such tasks boring and insignificant, but he loved to start each morning adjusting his chair to the perfect height and distance from his desk, lining up the three colored pens he would use to mark the nuggets of irregularity he mined from the mountains of expense accounts that arrived on his desk everyday day. Blue was for mathematical errors, green identified items with improper documentation, and red—the most exciting color of all—for accounts George suspected were fraudulent. Each day was an adventure, a search for hidden treasure. One never knew when one would strike a rich vein of deceit. The hope, nay the certainty, this would happen eventually, buoyed his spirits through long blue and green stretches.

In August, the office’s air conditioning broke down. The heat was unbearable for everyone but especially George, who was mortified at the wet spots emerging on the collar, back, and underarms of his usually immaculate white shirt. He skulked away to the bathroom carrying the spare button-up he kept hung on his coat rack for just such an emergency. After making sure he was the only one in the lavatory, he stripped, washed his face and underarms with blessedly cold water, and donned the fresh shirt.

He was startled when he looked up to center his tie and saw nothing: no face, hair, chest, hands, shirt, tie—no George. There had to be something wrong with the mirror. He moved from one sink to another, peering into the mirrors above each, but they all reflected the same thing, a row of bathroom stalls unbroken by his visage. He started sweating again, panicked by the dreadful idea of heatstroke-induced hallucinations. He had to leave work immediately and go home before he disgraced himself.

He turned away from the mirrors, breathed deeply to regain control, left the bathroom, and knocked on the Manager’s door. There was no response, but he could see his boss was alone so he entered the office, told him he was feeling sick and asked permission to go home early. The Manager, a tall angular man whose hard, spare body and expressionless face reflected his innate dislike of physical or emotional waste, didn’t even look up from the computer screen, but he didn’t deny the request either. George chose to read the silence as assent, grabbed his briefcase, and left work trying not to walk so fast so as to attract attention.

He was hyperventilating from both heat and fear when he arrived at the two-bedroom apartment he’d shared with Mother. It had been just the two of them forever, or at least since his father left them when he was ten. This home, which had been so warm and cozy when she was alive, now felt cold and empty. She did not greet him with the usual welcoming hug. He dropped his briefcase and hurried over to the fish tank to check on what was left of his family: his tropical fish. He lifted the lid of the aquarium and the fish scurried to the surface to greet him. George’s eyes filled with tears, his fish really saw him; he wasn’t invisible. The dam that held back his fear and confusion broke, breached by a wave of joy and relief. He sobbed uncontrollably while delivering grateful sprinkles of food for his friends.

He finished feeding the fish, making sure not to give them too much—Mother thought it was unhealthy—and went to the bathroom to wash his face. He kept his eyes down, afraid to look at the mirror, but unable to stand it any longer, and peeked over the edge of the towel. To his immense relief, the fish weren’t the only ones who could see him; the mirror reflected his own familiar face. His eyes were swollen and his face redder than usual, but what a relief to know his nightmarish experience at work had been a temporary aberration.

He returned to work the next day hoping the crisis was over. To make sure, he hurried to the bathroom before settling down to work and peeked into the mirror. Again, he saw nothing.

Panicked, he staggered back to his desk. What was happening to him? Had grief over Mother sent him over the edge? He couldn’t allow himself to become one of these weak creatures she despised—people who didn’t have enough strength of character to maintain control of their emotions.

George huddled down in his chair lamenting the absence of anyone to turn to for guidance in this inexplicable and frightening situation. Laughter and loud voices broke through the mental haze that engulfed him. A number of his male colleagues began to gather around his desk; one of them even sat on its edge. They crowded his personal space—acting as if he weren’t there—gossiping about the generous anatomical attributes of a particular secretary.

George blushed. He’d been brought up to avoid gossip—a shamefully wasteful activity practiced only by small minds. Mother would expect him to verbally chastise the ruffians or, at least, leave his desk to avoid exposure to such filth, but he did neither. George stayed and, to his horror, felt a strange excitement rise up in his nether region.

The salacious conversation had distracted him from his more pressing dilemma and so he was sorry when the crowd disbanded. Luckily, George noticed, new groups of idlers kept forming around the office. After a prolonged struggle with his conscience, he started to join a few of them. Being invisible had advantages; George could mingle with the group without fear of being rejected or even worse mocked. He was surprised to learn how little he knew about the people he’d worked with all these years: the office politics, feuds, and alleged affairs. For the first time in thirty years, he felt included.

When it was time for lunch he followed the group he deemed most scandalous to the neighborhood diner. He sat with them, quietly ate his tuna salad sandwich, and gasped with barely suppressed disapproval at the coarseness of their language and their explicit fantasies about colleagues of the opposite sex.

Each new day following, George anticipated not only his work unearthing irregularities and malfeasance but, even more so, the fresh news of who was doing what, with, or to, whom. He became the office’s invisible social center. He knew everything, was everyone’s confidante, and, despite Mother’s death, he didn’t feel lonely anymore.

With his newfound social life, George was often unable to finish his work in the allotted eight hours and had to stay late. Left alone in an empty office, George succumbed to new temptations. Knowing so much about his new friends, he wondered if it would it be so wrong to learn even more by checking out their cubicles? Most desks, like the accounts he checked, were free of any deviation from probity, but a few unearthed evidence of shocking turpitude: half empty alcohol bottles, pornographic magazines, even love letters from non-spouses.

Mother would’ve considered these people beyond the pale and insist he have nothing to do with them, but she hadn’t gotten to know them as well as he had. They were very nice people in spite of their human imperfections, and, besides, he wanted nothing more than to avoid to the isolation of the past.

The next few weeks were the happiest of George’s life, until one morning when his Elysian world disappeared like sandcastles at high tide. When he got to the office, he found his desk bare: no piles of reports, no telephone, no picture of Mother keeping a stern eye on him to ensure he didn’t wander off into idle daydreams. His workspace was as devoid of George’s imprint as the mirrors in the bathroom. He opened the desk’s drawers looking for his colored pens, his crisp legal yellow pads, the colored paper clips that matched the ink on his notes—they were all gone.

Dizzy, George collapsed to the floor where he remained, soothed by the floor’s reliable solidity, even when the dizziness finally dissipated. From the comfort of this stable platform, he observed his coworkers gathering in small, unusually somber groups. He overheard alarming snatches of conversations: “…layoffs mandated by new CEO…” “…ten percent of total manpower…” “…twenty percent of clerical staff…”

George couldn’t afford to be laid off. He had to do something. He hoisted himself off the floor and ran to the Manager’s office. He didn’t bother knocking on the door, this was too important. The Man was sitting behind his large mahogany desk, reading a trade magazine. George was never comfortable addressing his superiors and wasn’t sure where or how to start. He nervously blurted out that he had heard rumors about layoffs and that he hoped they weren’t true. Mother’s illness had not only exhausted their savings it created a mountain of debt. He’d worked thirty-two years for the Company, the Manager could check, and he’d always done a thorough job. There had never been any complaints about George’s work, and he would work even harder in the future, but please, please, let him stay.

It was all he had left. George found himself on his knees, cheeks covered with tears and clutching the Manager’s sleeve, but the Man’s attention remained focused on the magazine. He showed no sign of noticing George or hearing his desperate plea. Defeated, George picked himself up and trudged out of the office.

The winter following the brutally hot summer was equally extreme. Though many homeless people were hospitalized for frostbite and hypothermia, the murderous cold resulted in only one fatality: an unidentified middle-aged man found back of the Company’s building, his body draped protectively over a frozen tank full of dead tropical fish.

No one claimed the body, and after a month it was cremated—the ashes buried in a potter’s field.

Very few people at the Company ever noticed George Smalley while he was alive. No one remembered him or made a connection with the puzzling green and red notes in that year’s annual report. The marginalia were ascribed to a printing error and quickly forgotten.

What happened to the CEO, however, was more puzzling and harder to ignore; throughout his tenure at the company his interviews with financial press outlets, when published, were marred by conflicting comments in ruby red, slate blue, and emerald green ink.

Michael Fryd was a successful research scientist for fifty years. At seventy-five he decided it was time to jettison the passive voice, a non-negotiable requisite for publication in serious scientific journals, and return to his youthful passion, writing fiction. His memoir, “My War and You’re Welcome to It,” which described his family’s struggle to survive the Holocaust, was a semifinalist in the Faulkner-Wisdom competition for creative non-fiction. His short work also appears in Intrinsick.