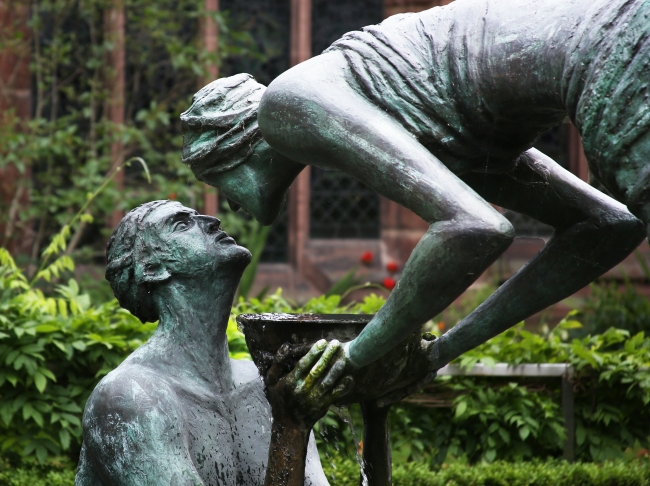 When he speaks of mindfulness and writes it off—
prayer is better suited but for what?—
I can tell he believes it, fathoms it clearly.
Sometimes a thing can seem lovely when it’s just
needing love, stripped of conviction and lying
somewhere in the cold, beyond tension.
Sometimes remembering that I’m doomed to fail—
that my body already contains the thing that will kill me—
keeps me almost steady, if steadiness is what flair
for a while brings—cigarettes (mine), silver bangle (his),
a timeline bookended by Septembers (ours)—
before it all rusts and fades like old fallow steel mills.
Before I had to defend myself, that I liked feeling in control,
before the beers and the silent disco, before envy
and a vile tattoo and the eventual that’ll kill you, you know,
the coffee shop on the corner was a bank—before that,
a school for young Catholic boys, the only remains
of which is a cross above the door framed with the phrase
I AM WHO AM, as if that much, at least, still remains
for us to consider, or should. If it’s true that transparency is
the honest-to-god truth, how come a made-up world
saves us from the rain? London, Cleveland—how delicate,
this holding of home in the mouth, the almost benign
trick of distancing for salvage the last signs of lust, lusting
like bees chasing honeycombs, frantic, eyeballs shaking…

Kelly Konya is a writer native to Cleveland, Ohio with a big love for Ireland. Her work has been featured in literary journals such as The Honest Ulsterman, Icarus, and Banshee.