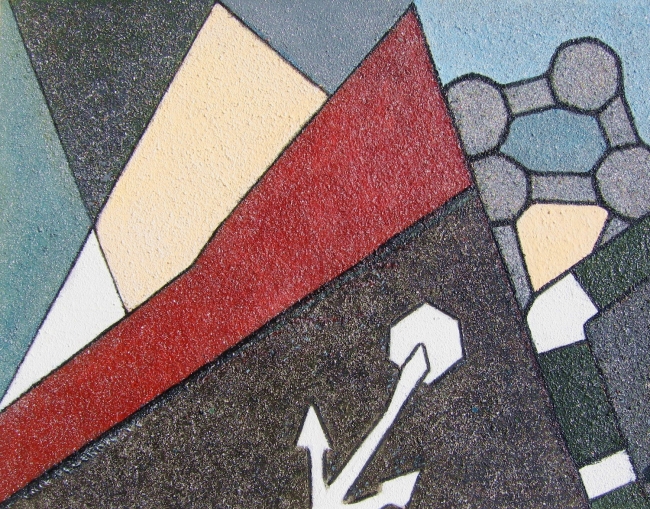 Minions in a free press, let loose with a vision, wash tides of stucco from their blades as work ends on a coastal tower. Theirs is a decade long promised as a refuge for the world’s put-upon, in its failures of completion—the last little twist of gold leaf. Walk here on the shingle and know for the first time how it appeared as architecture (it’s a thing built in suffrage at the world’s roaring tide). An old mariner and watcher of portents, who numbered the educated round him, succumbed to that tidal obsession, as is shown in the lines of his charts. The curious, their hair damp in the breeze, waited, immune to the cold night and its bright northern stars, and remained at a steep elevation till dawn. Here all put down their trowels, all looked in from the scaffold. The storm had gone on for centuries, but now that ancient had found anchorage, his Arcady. He paced—distracted—in the dome of his observatory. He gazed up into the airy curves of a pendentive. He looked at himself in a pier-glass. He tuned on a vintage radio, and heard the subhuman hum of news people gathered round a table. He hung a map in a spandrel and placed a setsquare at thirty degrees on a cloudy constellation. He’d sent for a boy, who came in panting, for the steps spiralled for nearly half a mile from the well of the basement. He gasped at the peach marble, the red felspar, the green serpentine. The boy looked to the elder’s chair and divined there the start of one last voyage. “Time?” he puffed. “Is it time?” The grizzled seafarer picked up a pure crystal and tossed it from hand to hand, then put the boy to a handle, whose radial was half his own height, and made him turn. Slats, louvres, creaked open on lubricated rollers, the dome cranked out its telescopic eye over a grey-green sea. “Music,” he said, “an ocean interlude,” as already the headlines were written (“…amazing to think, in just ten years…!). But look, see, here, a red sail, as the boy is urged to the heights. Turn! Turn! Eventually, the mariner put down his crystal, and all outside saw the points of his calipers, the dark firmament, a cigar shape, a saucer, a blinding white light. And there were headlines, and there was reportage, and talk round a table.

Peter Cowlam is a writer and critic. His brief stint as a commissioning editor saw two issues of The Finger, a journal of politics, literature and culture. His novel Who’s Afraid of the Booker Prize? won the 2015 Quagga Prize for Literary Fiction. His latest novel, New King Palmers, is at the intersection of old, crumbling empires and the new empires of corporate capitalism. Poems and short stories have appeared in The Battersea Review, Literary Matters, The Brown Boat, The Criterion, Valparaiso Fiction Review, and elsewhere.