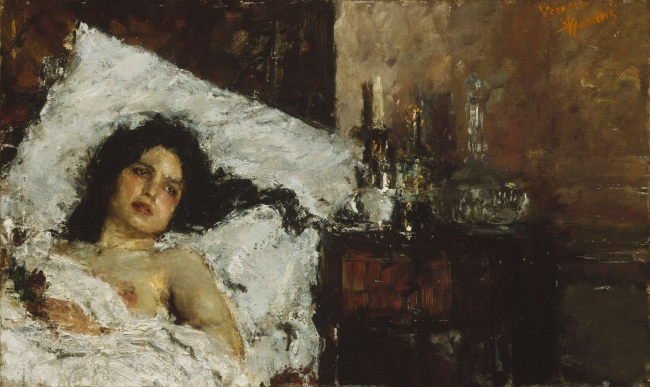 For our birthdays Lynn gave me a Frida Kahlo book
and a turquoise bracelet from Santa Fe to my wife, Tristen.
She did things like that: behind a cranky-old-bitch façade
a generous woman lurked. Ex-married to a Nobel
novelist, she resented his fame and moaned
about the school where she taught AP English.

One more note about the book and the bracelet:
You know Frida Kahlo had one wide eyebrow
and a mustache, right? They helped define her beauty.
Neither Lynn nor Tristen had a mustache,
and I couldn’t grow a decent one, but the bracelet
for Tristan resembled one of Frida’s bracelets in the book.

Lynn phoned me in the middle of nights to rail
about scum ponds in Georgia and a student who
farted every day but received A’s for brilliant poems.
One time she labeled me a P.O.W.: a piece of work.
I answered, Backatcha, Lynn.
She ended her calls with “I love you.”

Lynn was a writer. Her sentences wry Casanovas
that seduced with turns and mysteries delivering
payoffs I loved, I thought she had a borderline
personality. Couldn’t get along with anybody.
I should know: I couldn’t either.

We laughed with each other for a long time
until she tabulated my sins: I was snide, presumptuous,
took too long to answer letters.
I wouldn’t speak to her after that.
Later, she sent a Christmas card to Tristen
though a decade later, I heard from her in the AT&T mist.
She wanted to buy a hundred of her books I had published.
I said they were a dollar a piece.
She insisted on the normal discount of forty percent.
Two weeks after she received them, her new book from another
publisher arrived in my mailbox with a check and cheeky inscription.

Later, after lung cancer pissed her off,
I discovered she had called me and her other ex-friends
before she died. A borderline who loved us all now.

I love you, too, Lynn—
more than Frida Kahlo.

*
Calling a Prayer a Prayer

Dreaming of Rome as a teenager,
I felt like a foreigner, grumbled
I wore a blue linen suit each
night at dinner, a peacock.
My father smothered my fire,
nicknamed me Knucklehead,
so I exchanged my life as his son
for a priest’s fate: to brood for years
and call it prayer. Soon my soul
grew blisters, and I stretched my
conscience, shrugging off wild
accusations like a prophet trembles
when a choir sings hymns.
I prowled whorehouses like weevils
stalked cotton fields until the Church
discarded me like wine bottles
in a wheelbarrow. Survived by eating
salmon and bear, burned tool sheds
for half the insurance money,
and blew trombone so well a widow,
Angel, welcomed me into her bed.
Years later at dawn, on the tractor
eyeing cows, I don’t forget I’m
an intruder. My love’s teaching me
guitar, and, feeling the drizzle
drop on my hatless head, I listen
to trees sway, the brooder in me
calling a prayer a prayer, at last.

David Spicer has had poems in Chiron Review, Alcatraz, Gargoyle, Ploughshares, The American Poetry Review, and elsewhere. The author of Everybody Has a Story and five chapbooks, he’s the former editor of raccoon, Outlaw, and Ion Books. His latest chapbook is From the Limbs of a Pear Tree, available from Flutter Press.