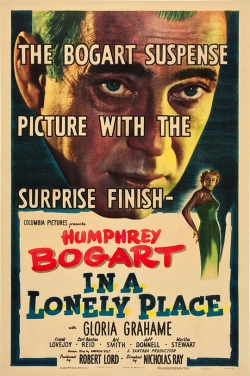 Years ago, when I was still relatively new to Los Angeles, and newer still to the film business, I was walking to lunch one day with someone who would become a surrogate big brother and mentor when a distinguished-looking older man gasped. “Rod Amateau!” he exclaimed. “Fuck you!”

Watching him dash across lanes of traffic to get away, I turned to Rod, a soft-spoken man who would become known for producing much of what aired in the early days of Nick At Nite. “Want to explain?”

Seated in a deli called Nate & Al’s, Rod and I made small talk until the pastrami, cole slaw, and pickles arrived. “Okay, so tell me,” I said as my companion took a serious bite.

“Ever heard of Nick Ray?”

“He directed ‘Rebel Without A Cause,’ ‘Johnny Guitar’—”

“Since obviously this involves you, a great film called ‘In A Lonely Place.’ ”

Knowing that Rod began his long career as the stuntman who, dressed as a woman in a wheelchair, was pushed down the stairs by Richard Widmark in “Kiss Me Deadly,” which led to his becoming Humphrey Bogart’s stunt double, made that an easy call. “So—”

“Much of it was filmed on location on one of those streets between Sunset and Fountain in West Hollywood—the ones with those two-story Spanish-style apartments.”

“Who, if memory serves, was married to him.”

Rod nodded. “Day after day tension increased until one evening she refused to go home with him.”

“Well, since I was living two buildings south of our location—”

“And we’d been making goo-goo eyes at each—”

“She moved in with you?”

I couldn’t help but chuckle that Rod, who had lost all his hair while sweltering in a monkey suit during the shooting of “Mighty Joe Young,” and was often teased about looking like a thumb, had long been a celebrated ladies’ man, with marriages to beautiful actress Colleen Gray, to George Burns & Gracie Allen’s stepdaughter, and two others, plus an affair with the woman known as The Godmother of Rock ‘n Roll, Sister Rosetta Tharpe. “And then?” I asked.

“An already tense set became more and more unbearable until one morning Nick Ray sidled up to Bogart, who was both starring and producing. ‘Bogie,’ the director complained, ‘something’s got to give.’ ‘What do you mean?’ asked Bogart. ‘It’s impossible for me to show up each day knowing my wife is fucking your stunt double.’ ‘Which means?’ ‘One of us will have to go.’ ‘Well,’ said Bogie after a moment’s reflection, ‘if that’s the way it is, nice knowing you.’”

As Rod described it, Nick Ray was speechless. “You mean,” he forced himself to mumble, “you’d keep the goddamn stunt man over me?”

“You gotta understand,” Bogart responded with a shrug. “Rod’s family.”

“So what happened?” I asked when Rod paused.

“Nick Ray bit the bullet and showed up for work every single day.”

“Great story!” I exclaimed, finishing the first half of my sandwich.

‘Bogie,’ the director complained, ‘something’s got to give.’ ‘What do you mean?’ asked Bogart. ‘It’s impossible for me to show up each day knowing my wife is fucking your stunt double.’ ‘Which means?’ ‘One of us will have to go.’ ‘Well,’ said Bogie after a moment’s reflection, ‘if that’s the way it is, nice knowing you.’

Rod consumed the rest of his pastrami sandwich, took a sip of iced tea, then went on. “Some months later, I’m sitting at the bar at a place called Nickodell’s, which was near Paramount, when suddenly there was a hush. That meant one thing and one thing alone: somebody important had stepped in. Wouldn’t you know, the guy to my right elbowed me just as Bogart approached. ‘C’mon, kid,’ Bogie told me. ‘They’re sneaking that piece of shit Nick Ray ruined.’ ‘Bogie,’ I explained, ‘I’m half in the bag.’ ‘You mean you’re gonna make me face him and the film alone? No fucking way! Let’s go!’”

Enjoying the memory, Rod continued. “As we approached Bogie’s convertible, he tosses me the keys and says, ‘Kid, you take the wheel.’ ‘But, Bogie—’ I started to protest, only to be interrupted. ‘Shut up and drive!’ he said with a wink before climbing into the passenger seat. ‘So where’re we headed?’ I then asked. ‘Santa Barbara.’”

Rod paused as the waitress refilled our iced tea glasses, then on he went. “As soon as we hit the road, Bogie pulled out a flask and drank himself into a stupor that lasted the entire hour-and-a-half of our northbound trip, while I did everything I could to keep from nodding out at the wheel. So at last we pull up toward the movie theater that was our destination. As you can imagine, everyone’s inside the place waiting—everyone, that is, but good old Nick Ray, who greets Bogart warmly, all the while making believe I was invisible. Then in we go.”

Aware that I was on the edge of my seat, Rod paused dramatically. “So the film begins to roll,” he said, “and for close to two hours Bogie moans and groans until it’s finally over. “Kid,’ he said in a stage whisper, ‘I’m ruined. Destroyed. Finished.’ ‘What’re you talking about?’ I countered. ‘It’s really good.’ ‘You’re out of your fucking mind!’ Bogie insisted. ‘Thanks to that scumbag motherfucker I’m gonna lose my shirt.’ ‘Listen,’ I said to him, ‘the last thing on earth I want to do is praise a shithead like Nick Ray. But truth is, my hat’s off to him. Despite all the craziness, he did a helluva job.’ Bogie stared at me for what felt like an eternity, then stood. ‘Let’s get the fuck outta here,’ he announced.”

From across Nate & Al’s a white-haired guy named Don McGuire, who created the old TV series “Hennessey” then later wrote the story on which “Tootsie” was based, waved to Rod, who reciprocated with a smile.

“So out of the theater we go,” Rod said, facing me once again, “and there’s the director waiting for the man who’s both his star and his boss. ‘So, Bogie,’ Nick Ray begins anxiously, ‘what do you think?’ ‘Well me,’ says Bogie, playing the moment as though in a film, ‘I kinda like it. But Rod here, he’s got some serious problems.’”

Rod burst into laughter. “If he could have gotten away with it,” he stated, “Nick Ray would have strangled me right then and there!”

In the years that followed, Rod and I spent lots of time together. We co-produced a TV pilot, sold a couple of movie scripts, went to ballgames, and shared scores of lunches and laughs. All the while I pumped him relentlessly for more bits of Hollywood lore. That’s how I heard how, after seeing the pilot for what was to become “Mr. Ed,” he suggested that they recast the thoroughbred with a swayback horse and the handsome lead with someone who looked like a rube. And how, despite the network’s wishes, he cast newcomers named Warren Beatty and Tuesday Weld in supporting roles in “Dobie Gillis.” Then there was the time Rod discovered that Bogart, during his Broadway days, had lived at the Algonquin Hotel. Thinking about Dorothy Parker, George S. Kaufman, Robert Benchley, Alexander Woollcott, and other members of the Round Table, he asked Bogie one day what lunches there were like. After a moment’s reflection came an unexpected response: “Great hobo steak!”

But in honor of my all-time favorite Rod Amateau tale, every year on the anniversary of his death there’s one film I make a point of watching: “In A Lonely Place.”