The Life and Death of Rachel Wetzsteon

It has been a little more than five years since poet Rachel Wetzsteon committed suicide at the age of 42 following the end of a three-year romance. 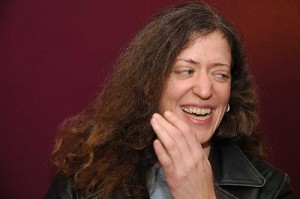 At the time of her death Wetzsteon (pronounced “whetstone”) was the poetry editor of The New Republic and a faculty member at William Paterson University in Wayne, New Jersey. She was the author of three volumes of poetry and a study of W.H. Auden, and her work had appeared in The New Yorker, among other publications. Beyond the small-pond world of poetry, however, her death went largely unnoticed, and her reputation beyond the world of the literary magazines A.J. Leibling derided as “the quarterlies” hasn’t grown much. A recent check of two bookstores and a network of public libraries revealed that none had any of her books on their shelves. The short entry about her in Wikipedia still begins by noting who her father was, as if that were the most important fact about her. By contrast, three years after Sylvia Plath’s suicide her own mother was already complaining “I am so sick of the ‘legend’, the ‘image.’”

Why the difference? It is impolitic to point out that Plath was pretty, while Wetzsteon was not. Anne Sexton, another suicide, had striking good looks and today has a higher reputation than Wetzsteon even though her poetry is, by just about any measure that counts, inferior. The world that makes female poets’ reputations, despite its pose as the enemy of all things patriarchal, appears to be judging its victims by the very standards it professes to reject.

The case can be made, however, that Wetzsteon’s work will, as William Faulkner might put it, not just endure but prevail over that of Plath and Sexton. Wetzsteon took as her models two unlikely sources; Philip Larkin and W.H. Auden, taking the road less traveled—if at all—by female poets of her time. Her poems tack away from the rocky shores of confessional poetry, the mode of expression that has become identified—to a fault—with just about all poetry written by women since Plath.

Where the confessional poets such as Plath and Sexton seemed to yearn for death as completion, Wetzsteon projected an urban toughness—she lived in New York City—that gave hope she would overcome the urge to kill herself, the occupational hazard of female poets, like falls from great heights by window-washers. Her poems promised something else as well: a way out of the dead-end that contemporary poetry sometimes stumbles into. One of her poems was published posthumously in Poetry—one of (if not the) leading forums for living poets. It appeared during a stretch in which the liveliest argument (Poetry contains more writing—or grousing—about poetry than actual poems) in the publication’s pages concerned a poet who has written that he hates his wife’s—well, it rhymes with “bunt.” Another poet, whose deathless verse includes the image of drinking diarrhea, responded that he’d be upset if readers weren’t offended by the image. Potty-mouth as poetry.

Wetzsteon didn’t confuse vulgarity with expressiveness, but she was an unflinching observor of the world and the self, and what little there is in the way of progress to be made in either sphere. These lines are from the title poem of her last collection, about a park in her Morningside Heights neighborhood:

The park admits the wind,
the petals lift and scatter
like versions of myself I was on the verge
of becoming; and ten years on
and ten blocks down I still can’t tell
whether this dispersal resembles
a fist unclenching or waving goodbye.