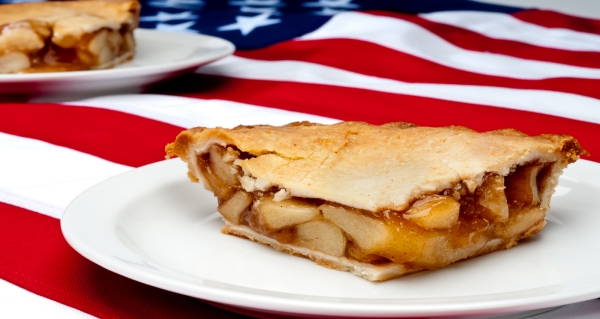 We’re pleased to announce the winners, honorable mentions, and finalists from our 2nd annual Great American Sentence Contest! We’ll be launching more contests and projects later this year, so make sure and check back here or follow us on Twitter or Facebook to stay in the loop.

Without further ado, we’d like to introduce the winners:

Chris’s fiction has appeared in The Irish Times, the Irish Independent, Southword, and The Hennessy Book of Irish Fiction, among others, and has been broadcast on RTÉ Radio. In 2015 he won the Roberts Short Story Competition and the Lascaux Prize in Fiction, for which he also received a Pushcart Prize nomination, and was highly commended in the Manchester Fiction Prize. He is currently nominated for the 2016 Hennessy Literary Awards. His website is chrisconnollywriter.com.

We read a lot around here. Submissions, contests, manuscripts, our friends’ work and our own work, emails to each other. We’re constantly reading. So it’s rare to run into a single sentence that arrests us mid-glance and busts our hearts into fragments. Chris Connolly has done just this. He asks the reader to stand next to him and listen, so we do. And we grieve along with him and the people inside the room. Here, not a word wasted, and no description is even necessary. Many of us have been on one side or another of this very room, and he allows us to fill in the space. An excellent piece and one deserving of our grand prize.

Kenan Orhan is a Turkish-American writer and MFA candidate at Emerson college. His stories appear or are forthcoming in The Massachusetts Review, The McNeese Review, The Puritan, Cosmonauts Avenue, and others. Between naps he makes coffee, plays tennis, and watches James Bond movies.

“We climb gravel mounds that callous our hands and knees, and we jump from stacks of lumber into piles of dirt, and we lay claim to the tops of piles, and knock each other off the peaks from early afternoon until the skin of our arms and legs burns from scrapes, and the sun weighs heavy in the sky, and sawdust, dried grass, soil, cement powder, and ash from the forest fires at Yellowstone collect in our hair like crowns, and for a time we are the kings of summer.”

We do love descriptive sentences, too, and this is a pristine example. This sentence invites us to become a young child, to roughhouse and play. Not only is this wild and rural setting sparely yet vividly drawn, we’re also rooted in time and approximate place by the mention of the Yellowstone ash. As a young girl in Montana during that time, I can add the color of the sunset to this picture, making it all the more real.

Wilda Rhodes is a writer, licensed general contractor, Family and Consumer Science middle school teacher, neophyte tap dancer, mother of a world traveler entrepreneurial son and a business educator maven daughter. She is one of four close-knit Southern sisters, and widow of a man who gave her goosebumps and made her laugh for over forty years. She can name the stars of Hollywood’s Golden Era. She can no longer climb a rope to the top of the gym, but can still do the split. After a Paleo dinner, she sings duets (thank you Spotify) with Stevie Nix, Emmylou Harris, and Sons of the Pioneers in her living room.

“Widowed six months ago, she would look around in church and playfully devise the demise of first one wife and then another, if their husbands caught her fancy; some women she left alone if they were her friends, or if they were homely and shouldn’t have further mishaps.”

It’s hard to make an editor laugh, let alone three editors. As I mentioned, we read a great deal and in that reading we see many attempts at humor. Wilda Rhodes’s sentence made us all laugh—that wonderful slightly evil sort of laugh. We know this widow, this woman. So much is left unsaid and yet explained perfectly through her playful reasoning.

Dave Elsensohn enjoys coaxing language into pleasing arrangements. He makes rather good sandwiches, he’s told, and his chili recipe gets appreciative nods from friends. He lives in Los Angeles with an inspirational wife and the ghost of a curmudgeonly black cat.

Sentences that nail the human experience in so few words are hard to come by. Dave’s sentence draws us a character we can empathize with. We know his age and state of mind and his universal disappointment with a mailbox that never yields anything of value. It’s at once realistic and allegorical, working marvelously on both levels.

The following writers made our finalist cut:

Thank you to all who entered and followed the results. We hope you’ll join us again next year for another installment of the Great American Sentence Contest!