Engage With Reviewers at Your Own Risk, and Other News

• Apparently fathers aren’t reading “enough” to their children. Which is to say, mothers are doing more reading than fathers. We (actually I—pay no attention to that man behind the curtain!), being a father, read to our daughter almost every night of her infancy and childhood, and although we won’t dispute the statistics, we take umbrage with the generalization. Because that’s what you do with umbrage.

• Oops. Another memoir is stretched into that no-man’s-land between fact and fiction. We need a new genre, something like “interpretive nonfiction.”

• The Horror Writers Association is asking Amazon to change its book review policy, for example by removing reviews that indicate the reviewer didn’t read the book. Sounds good to us.

• Overall, book sales were down the first two months of the year. But the results are mixed.

Sales in Trade books for January & February were $1.01 billion, down by 4.3 percent. Childrens & Young Adult book sales were down 15.5 percent for the year. Paperback book sales were up 7.8 percent during the period. Downloaded audio books were up 33.0 percent and eBooks were down by 11.7 percent year-to-date.

• For your next cocktail party: a crib sheet of classic literary references. Our dog recognizes all of these.

• The results of a book marketing survey. Ya’ll need to look at this.

• A character name generator. A surprisingly good one. 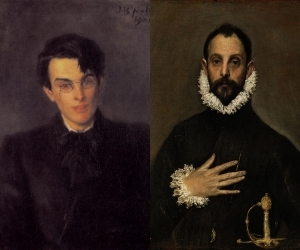 • Not sure what they’re trying to accomplish with this new Ayn Rand video, but at least it doesn’t attempt to distort her views.

• Another meltdown about a one-star review. We’re going to say what everyone else is saying: don’t engage with reviewers. But we’re also going to point out, to the mob these events always draw, that just because there’s a stone at your feet doesn’t mean you have to pick it up and throw it.

• The Library of Congress has appointed Juan Felipe Herrera as its Poet Laureate. He’s the first Hispanic to serve in the position. Read some of his thinks here.

• In the “everyone else is talking about it, so we must also” department, Joyce Carol Oates fell for the Spielberg/Dinosaur thing. Let’s hope it’s because she only gave the picture a glance.

If you’re dwelling on how to sell books, you’re playing catch up. It isn’t about selling. That’s so 2014. It’s about monetizing the writer/reader connection.

• Just when you’ve had enough of cat pictures and videos on Facebook: bookstore cats!

• Finally, all the weird stuff librarians have been asked to do. At least now you know where to go for a book on how to teach your dog German.

• Wait! There’s one more: they’re trying to teach poetry to robots. And why not? If a robot can play chess, why can’t it describe its love as “a red, red rose?”