At first glance, this is a deceptively simple-sounding romance: talented dancer falls for mysterious, powerful and possibly dangerous client. But Silvera has much more than that in store for us, and before we finish we will have touched on the ideas of belonging, family dynamics, and the secrets we keep from ourselves about our loved ones (with or without their complicity).

Pride can be a great motivator, but it can also be isolating. The choices we make to form some bonds of family may dissolve others, and the nature of one’s family is that the focus will shift over time as children grow up and become partners and parents themselves. Love is the thread that runs through all these relationships, and its changing aspect can be a challenge. Silvera speaks to all these things against the background of the development of a genuinely sexy and intensely passionate bond from an initially casual business interaction.

Isela Vogel dances to garner the favorable attention of the gods toward transactions and endeavors that those wealthy enough to hire her wish to influence. As the Principal Godsdancer of the Praha Dance Academy, she has earned her place in spite of a worsening problem with her hip and her circumstances of being a foreign refugee. Her talent and her skill allow her to interest and persuade the mysterious energies and entities known as gods, once the cause of terrible destruction but now largely contained by the equally mysterious Allegiance of Necromancers.

Lord Azrael, the powerful Necromancer who rules Europe, also makes his home in Prague, and when he must conduct a murder investigation that taxes even his considerable abilities, he contracts Isela to provide energetic support and focus with her dance. This is a magnificent opportunity for Isela to be able to retire comfortably instead of gradually being forced into retirement by her injury, but it is also incredibly dangerous, as it will make her a target for the killer as well.

Isela agrees to the arrangement, and when she finds herself attracted to her client, she strives to set her feelings aside and remain professional. Alas, the attraction runs both ways, and as is often the case with the ruling elite, Lord Azrael is unused to being told “no.” The commitment they both have toward solving the crime, however, goes a fair ways toward keeping them on track, until Azrael himself is attacked and Isela steps in to defend him in a situation where his usual bodyguards, competent as they are, cannot help.

Pride can be a great motivator, but it can also be isolating. The choices we make to form some bonds of family may dissolve others.

Fleeing the resulting danger, Isela runs to the arms of her family, where she discovers that her focus on dance and career has allowed certain family secrets to go unnoticed, through a combination of parental misdirection and her long immersion in the somewhat isolated world of the Academy. Isela is not the only magically inclined member of the family, but the talents her brothers share, and the practices of her mother and sisters-in-law are somewhat ambiguously legal under the rules laid down by the Necromancers of the Allegiance. Between being wooed by and working with Azrael, needing her family’s help but wanting to ensure their safety, and keeping herself functioning and intact, Isela must navigate some difficult choices.

Isela is an engaging and sympathetic character, whose struggle to maintain agency in the face of overwhelming circumstances is real. Azrael is appropriately arrogant for someone of his age and power—and if the novel relies on overly common romantic tropes anywhere, it would be here with the stiff-necked, peremptory and supremely self-confident love interest. It is entirely in service to the story, however, and in truth his character would seem off if he were not the larger-than-life force of nature he is.

I found the love scenes evocative and the story immersive. The back of the book has a teaser chapter for a sequel listed for 2017 that I will definitely seek out. Recommended as a great read for a bubble-bath, a plane trip or whenever light, well-written entertainment is desired. 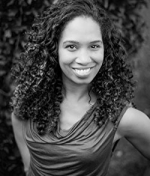 Jasmine Silvera lives in the Pacific Northwest. She inherited a love of sci-fi, fantasy, and comic books from her dad, who thought the Hobbit was a perfectly acceptable bedtime story for a ten-year-old. She filled long hours as a volunteer at the church thrift store by reading boxes of donated Harlequins. Death’s Dancer is her first novel.