A Celebration of Modernist Poetry

In June, 1915 the poem “The Love Song of J. Alfred Prufrock” was published in Poetry: A Magazine of Verse. T.S. Eliot began writing it five years earlier around the age of 22 and it was his first poem published outside an educational institution. The poem was considered shocking and offensive, because at the time the trend was toward traditional Romantic poetry by writers such as Wordsworth, Browning, Coleridge and Keats.

Modernist poetry is characterized by a movement from objectivity to far more personal and, often, even confessional. No doubt this is why Prufrock seems shocking to the Victorian sensibilities of the time.

If you review a list of Modernist poets and examine their personal styles within Modernism you can see a common thread—they want to break from the stuffy tradition of Romanticism and dig deep within themselves or humanity in general. They want to bite into the peach of life and let the juice run down their chins. Their poems are personal, intimate, fearless. They love language and want to play with it, often eschewing punctuation, traditional forms and sometimes even sense. For example, when e.e. cummings writes about love:

Used in a marriage proposal one would be hard pressed to know whether to say yes or no.

To celebrate the wonderful intimacy and playful spirit of Modernist poetry, the staff and friends have created their own original collections of poems via Magnetic poetry. 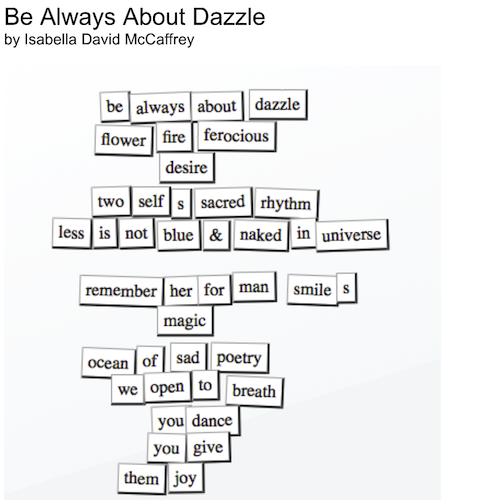 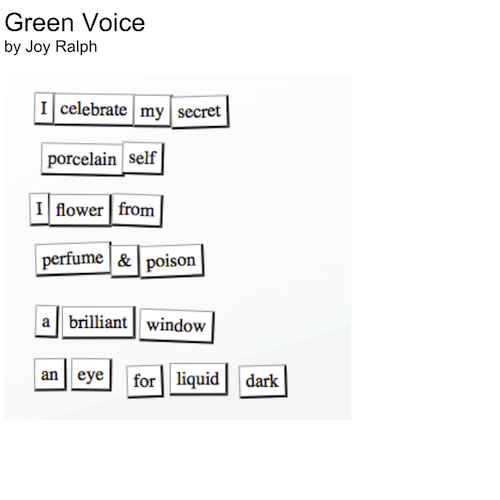 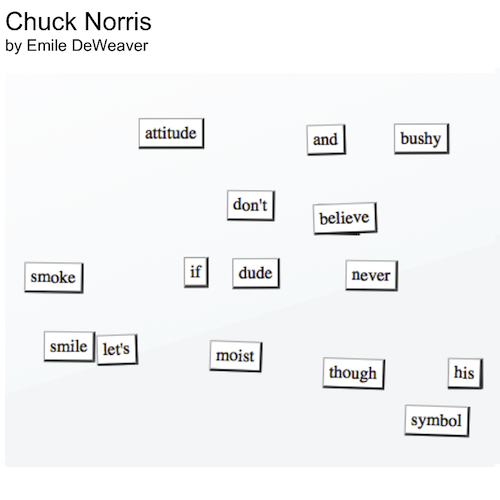 Join us in our celebration by making your own and posting the link to it in the comments below!