In Case You Missed It: Week Ending 17 July

• It’s here. Go Set a Watchman was released Tuesday, 14 July. And now they think there might be yet another lost Harper Lee novel. Meanwhile Watchman is storming the charts.

• “Authors United,” in the form of author Douglas Preston, is tilting at Amazon again.

• An editor at PRH Canada has set the bar for expected revenue.

“I’m not interested in a book that is going to generate less than $100,000 in revenue unless the editor or publisher has a compelling vision for the book and/or the author.” This has set the cat among the pigeons north of the border.

• Bookstore sales were up in May. Is the industry stabilizing? Meanwhile Books-a-Million is being bought out by its majority shareholder.

• 250 Italian authors asked that their books also be removed from Venice schools, in solidarity with colleagues whose books about same-sex families have been removed. This tickles our fancies. 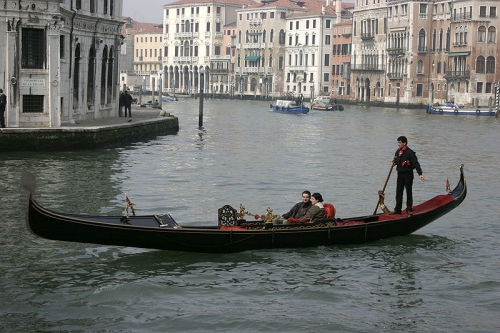 A gratuitous picture of Venice.

• The Authors Guild has written to the House Judiciary Committee, asking that the DMCA (Digital Millenium Copyright Act) be amended so that pirated content that is taken down will stay down. But that’s not as easy as it sounds.

Composer and musician Maria Schneider testified, “The DCMA makes it my responsibility to police the entire Internet on a daily basis. As fast as I take my music down, it reappears again on the same site—an endless whac-a-mole game.”

• Teachers at a Biloxi school have transformed a hallway of old lockers into an “Avenue of Literature.”

• Turns out there’s a correlation between the presence of certified school librarians and student proficiency in reading and writing. Go figure.

Librarians teach information literacy—how to separate the useful from the less useful, the credible from the inaccurate, and how to navigate the internet safely.

• Getting cheated by the people you hired to protect you from being cheated.

• You’re aware of the new Amazon review policy, right? Wherein if you “know” the author, your review of the author’s book will be deleted? J.A. Konrath has some thinks about this, and our thinks align with his.

Does removing and preventing reviews make Amazon more customer centric, or less customer centric? Does limiting votes help or harm the customer experience? Does suppressing opinions encourage others to give their opinions, or make them shy away from sharing opinions because they might be blocked or removed?

• Remember when Ted Cruz was accused of trying to game the NYT bestseller list? He finally made it onto the list, and quite possibly the accusation was unfounded. We don’t love Ted Cruz, but we do love truth and fairness, which, incidentally, is why we don’t love Ted Cruz.

• Finally, which is stranger, truth or fiction? The Onion on Harper Lee’s hypothetical third novel.