In Case You Missed It: Week Ending 14 August

• The Authors Guild, in its most recent installment of their Fair Contract Initiative, is targeting presses that grab copyrights. Who knew this was a problem? In university press contracts, apparently, copyright grabbing is boilerplate.

Most scholarly publishers routinely present their authors with the single most draconian, unfair clause we routinely encounter, taking all the exclusive rights to an author’s work as if the press itself authored the work.

• A forthcoming J.R.R. Tolkien short story, written while he was in college, is available for preorder. We wonder why it took so long. We marvel at its brazen Kindle price.

• The Guinness World Record overdue book fine. Take a gander at the amount before you look.

• If you can decipher +NDXOXCHWDRGHDXORVI+ you can help the British Library and the British Museum. 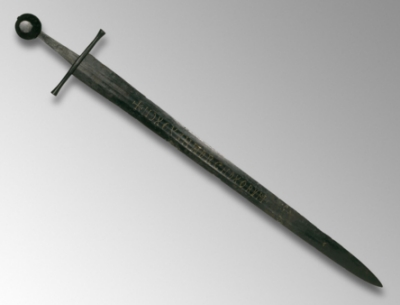 • George R.R. Martin promises the end of A Song of Ice and Fire will be bittersweet.

“I’ve said before that the tone of the ending that I’m going for is bittersweet. I mean, it’s no secret that Tolkien has been a huge influence on me, and I love the way he ended Lord of the Rings. It ends with victory, but it’s a bittersweet victory.”

• Here we go again. A book has been removed by a Florida school from its summer reading list because it contains bad words. The Curious Incident of the Dog in the Night-Time isn’t Christian enough for the Christians.

• Finally, a 1991 letter from author Elena Ferrante to her publisher, explaining why she isn’t going to help promote her debut novel. Priceless.

I’ve already done enough for this long story: I wrote it … I believe that books, once they are written, have no need of their authors.