In Case You Missed It: Week Ending 11 September

• The University of Maryland University College (i.e., its off-campus programs, administering to about 90,000 students worldwide) is going textbook-free next year.

Thomas C. Bailey, UMUC’s acting associate dean of Academic Affairs, coordinated the undergraduate switchover. He said that the decision was driven by the ever-rising cost of textbooks: “It has almost gotten to the point where textbooks are as expensive as the cost of a class.”

• The Day of the Jackal author Frederick Forsyth has revealed he worked for MI6 for more than 20 years.

• Does Amazon make a bad partner? Note they’ve appointed a new Director of Social Responsibility. We Amazon-watchers are keeping an eye on things.

I’d like to ask a publisher, or any of Amazon’s other so-called partners: How should these businesses protect themselves for the day when “The Everything Store” deems that it’s no longer in its best interest to make the partners as profitable?

• Remember Kate Gale, the “last minute, but very promising, new candidate [who] has entered this season’s race for Most Clueless White Person in Publishing?” Now Sherman Alexie and others have resigned from the advisory board of her press.

• Speaking of Sherman Alexie, he has spoken out on The Best American Poetry 2015. As editor of the anthology he selected a poem written by Michael Derrick Hudson, who had submitted under the pseudonym “Yi-Fen Chou” in a self-admitted attempt to subvert “what he believes to be a politically correct poetry business.”

I did exactly what that pseudonym-user feared other editors had done to him in the past: I paid more initial attention to his poem because of my perception and misperception of the poet’s identity. Bluntly stated, I was more amenable to the poem because I thought the author was Chinese American.

• There’s a petition going around to remove books from Amazon by a “pick-up artist” who thinks rape ought to be legal. Yeah, we had to read that sentence twice, too.

• Academics are being hoodwinked into writing books nobody can buy.

If someone tried to buy said book—I mean, like a real human being—they would have to pay the equivalent of a return ticket to a sunny destination or a month’s child benefit.

• Perseus Books Group is possibly up for sale. There’s never been a better time to pick up a $400 million-a-year revenue independent publishing company.

• “The Saddest Bookworm,” your video of the week:

• There was some tension between keynote speakers Roxane Gay and Erica Jong at the Decatur (Georgia) Book Festival. They had different views about whether mainstream feminism has excluded women of color.

• A parent in Tennessee, confusing gynecology with pornography, wants her son’s school to ban a biography of stem cell contributor Henrietta Lacks. An assistant principal commented on the author’s Facebook page:

“Know that the book and teachers have the complete support from the administration of the school. It’s an amazing book that fits with our Stem curriculum better than almost any book could. The next book that the sophomores are reading? Fahrenheit 451 … Oh, sweet, sweet, irony.”

• Meanwhile New Zealand has banned a book for the first time in 22 years, on the eve of Banned Books Week, no less. Oh, sweet, sweet irony. To the credit of New Zealanders, there’s pushback (we love the photograph that accompanies the article).

• Finally, an AI robot that learns new words in real-time tells human creators it will keep them in a people zoo. Where they belong.

• And lest we forget: 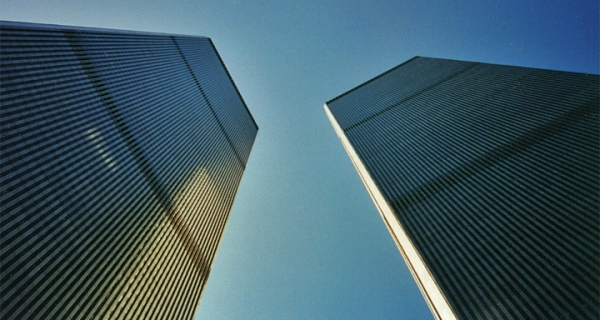 Ever dreamed of being an obscure, unpaid journalist? Consider scouting for Town Crier. Write to editors at easystreetmag dot com.