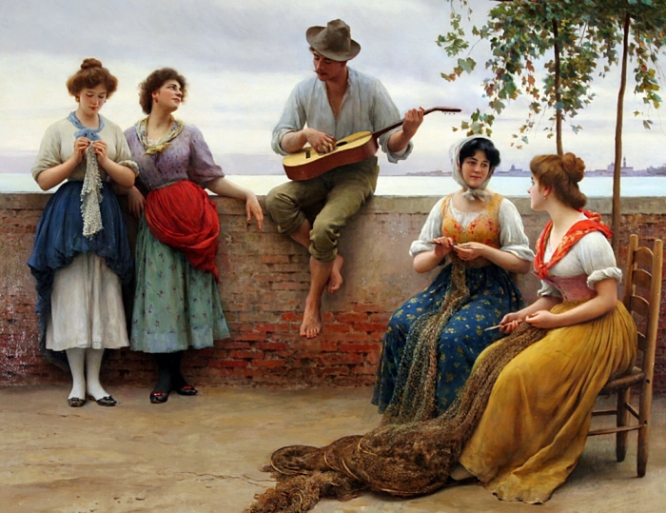 Credo For a Happy Life

I’ve never strolled inside an escort’s loft,
swallowed Ambien, or edited a vellum
manuscript. I’ve hesitated to view
porn flicks, name a dog Beverly,
or chew lobster without uttering
a prayer. These choices gave me
migraines, but I know that the law
of survival dictates whom we decide
to adore. I suggest this: somersault
in a sandbox at all ages, don’t
be a Jeopardy contestant, and bake
a shank steak or fry bananas instead
of committing hari-kari. Drink cider
on Fridays, learn to clench and mutter,
and swipe a candy bar after church.
Don’t canoe downriver because rocks
beg for attention. Eat buttered sesame
buns when you bet on the ponies, stutter
before you speak, and gargle a poem a day.
Snitch on no one, and do not, I repeat,
do not, wink at one of your twin lovers
before you slip under the covers.

A secret’s safest hiding place is in the open.
—Jill Alexander Essbaum

For over thirty years my married
friend and I’ve traded secrets in letters,
emails, the rare face-to-face at her readings:
my self-given nickname, her lust
for a middleweight boxer/convict.
Only she knows the extent of my lunacy—
I followed a girl on a bus from Boston to Biloxi,
watched her pick blackberries,
and we shared them in a motel pool.
My friend confessed to me
a husband forced her to drive getaway
in a bank job. Netting ten grand,
they flew to Vegas, lost it in twenty minutes.
Then she howled the true secret:
his weapon was a squirt gun.
She laughed when I revealed
a wild woman once cajoled me
into kicking in a boyfriend’s door
so she could steal a Mark Strand book.
And now, I’ll share one more
and wonder if she has another:
how, so many years ago,
when we embraced in my duplex
before I left for a lover’s loft,
I almost kissed her and asked to stay,
almost promised our tryst would be a deeper secret,
would never be traded in the currency of love.

David Spicer’s poems have appeared in Yellow Mama, Reed Magazine, Slim Volume, The Laughing Dog, In Between Hangovers, The American Poetry Review, Ploughshares, Bad Acid Laboratories, Inc., Dead Snakes, and in A Galaxy of Starfish: An Anthology of Modern Surrealism (Salo Press, 2016). He is the author of a full-length collection of poems and four chapbooks, and is the former editor of Raccoon, Outlaw, and Ion Books.