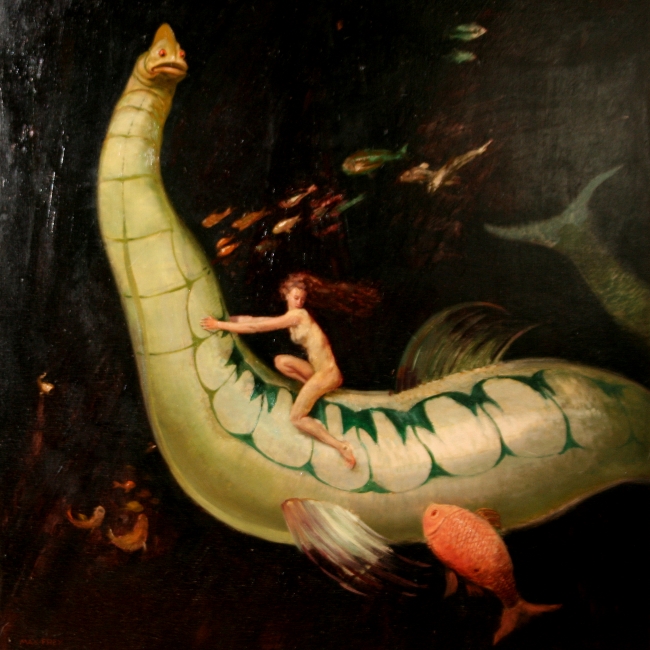 Amazing and Awesome: a Brief History

Amazing and Awesome, two famous glamorous friends,
dominate television, the Internet, daily newspapers.
Neither of them ever older than thirty, they capture
the world’s fancy as much as Cool and Groovy in the days
of rockin’ clocks, beach bingos, and love-ins.

But never mind them. Amazing sauntered in on the upspeak
of an eighties valley girl to her boyfriend, You’re Amazing
in bed. You’re mighty Awesome yourself, he said.
That was the nascent rise of two glowing culture stars.

Amazing and Awesome tired of the lovers, hitching
a ride to New York in a Caddy ragtop with a promoter
who bragged so much on the two yimmer-yammering
prodigies that they believed his hype. Before they
knew it—waiting tables, dancing near doorways—
the promoter supplied razzle-dazzle to their beautiful

names, and sold them for millions to the highest buyers:
Chevy, you’re Awesome. Nabisco, you’re Amazing.
How ‘bout you, M&Ms, ya wanna be A&A? Ya do?
In no time, A&A noticed their household names
in The Enquirer, and they were everywhere.

Awesome and Amazing loved being on people’s minds—
babykins, soccer knockers, college cuties—and adored
the attention: Oh, darling Taylor, the dirt is Amazing!
I know, Tyler, and boy, this lint is mighty Awesome!

During the next two decades, Amazing and Awesome
felt more pizzazz, more love than the twitter feeds
and the newest smart phones where they heard their names:
The grey sky’s Awesome! This stubby pencil’s Amazing!

And where are A&A today? Nobody cares. Not the promoter.
The dark light bulb in his head forgot about them,
waiting for Staggering and Stunning or Dumbkopf and Kumquat—
who hope for the first big break that appears in their lives—
to hitch a ride in his convertible and yimmer-yammer
at each other, at him, about how Amazing and Awesome they are.

I’m the Mad Sestina King.
Sestinas haunt me twenty-four hours a day.
People laugh, claim I’m a fool.
Sestinas cackle like magpies
about many of my obsessions.
Such as: Mad Sestina Queen, do you exist?

Do you feel your sole reason to exist
is to write sestinas about Mad King
George or another historical obsession?
Will you survive a sunless day
when sestinas don’t chatter like magpies?
I sometimes think I’m a mad sestina fool,

but to write haiku would prove more foolish
because they’re so short they barely exist,
like momentary silence for the magpie.
I’ll claim I’m the Mad Sestina King
until I’m depleted of words like day.
That’ll never happen—I’m too obsessive

and love to write in a spiral of obsessions
as long as I don’t appear fool-
hardy, as long as I’m challenged by day-
in day-out sestina-writing existence,
as long as I’m the Mad Sestina King,
until sestinas cackle at me like the magpies

Heckle and Jeckle, who call me a magpie
in my dreams, tell me I’m too obsessive,
that I’m not the Mad Sestina King.
They call me the worst kind of fool,
a sestina writer in an existential
crisis, one who’ll never win the day

until he writes a sestina every day
to prove he’s worthwhile. Magpies,
calm down! You sestinas are real, existing
in all your glory, like most objects of obsession.
So, you out there, call me a fool,
unless you’re queen to my Mad Sestina King.

Every day, I chase obsessions.
I listen to magpies. They’re not fools.
They exist for me, the Mad Sestina King.

The author thanks Kim Addonizio, who dubbed him the “Mad Sestina King” in an online workshop.

David Spicer has had poems in Chiron Review, Reed Magazine, Santa Clara Review, Ploughshares, The American Poetry Review, and elsewhere. The author of Everybody Has a Story and five chapbooks, he’s the former editor of raccoon, Outlaw, and Ion Books. His latest chapbook is From the Limbs of a Pear Tree, available from Flutter Press.