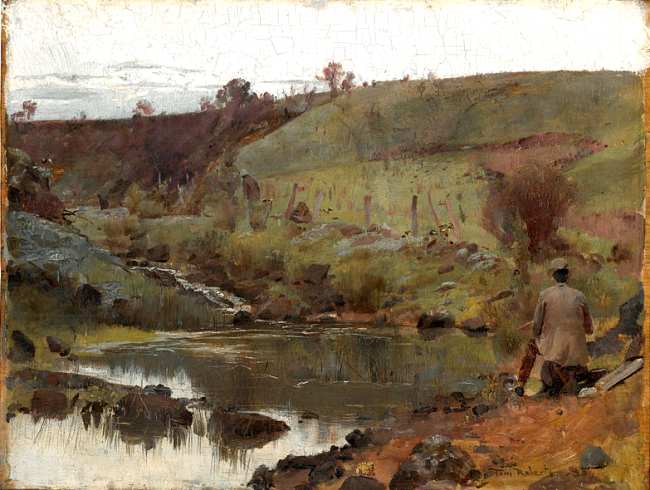 The Perfect Poem
after Kim Addonizio

Whatever it is, I want
to write the perfect poem.
On some moon-bitten night
I want it to escape my psyche
and impress the woman in the red
dress so she’ll pronounce it
a perfect poem, more perfect
than a tuxedo. After I polish
the perfect poem, I’ll let
its rich language and jaunty music
bounce off the mirror like a new,
unique kind of ball, then I’ll march it
into the Poetry Society of America,
and recite it in exciting iambic
pentameter with vibrant similes
such as He wore it like a white tuxedo.
Or I’ll compose a Shakespearean sonnet,
a Blakean rhapsody, a Keatsian ode.
Most likely a Bukowski gripe.
The poem I write that moon-bitten
night will be the light of my life,
with my psyche and ego dazzled
by the words that escape it, a night
all poets should live at least once,
when that tuxedo is crisp, white,
the perfect poem. Whatever it is.

The first time I saw her
in The Blue Crow Pool Joint
a mile from the reservation
she ran the rack against
every drunk in the place.
When the last loser called
her a skunky skank hustler,
she hurled the eight ball at him,
missed, shattered two rotgut quarts
and the mirror behind the bar.

A rainbow-haired cashier at Target
divorced from a biker with a habit,
she’d swiped a thousand oxys, landed
a dime ride in the Dakota Big House.

Paroled, she sported a tattoo
of Crazy Horse on one bicep
and Custer on the other.
In The Blue Crow I watched
her play Russian Roulette
with two empty chambers,
and then one, when she crossed
the line from brave to crazy
in an alcoholic heartbeat.
I’m happy she lives five counties
away: she’s clicked a lock on me
tighter than a rusty handcuff.

The last time I saw her we swigged beers
at The Blue Crow. She yelled when I winked
at a young waitress, I’m sick of your roaming
brown eyes, mouth-punched me before she
stormed outside, climbing into a semi that
blasted its horn and blew dust in my face.

Will I ever again lick her neck
under that wild rainbow hair?

David Spicer has had poems in Mad Swirl, Reed Magazine, Slim Volume, The Laughing Dog, In Between Hangovers, The American Poetry Review, Ploughshares, Bad Acid Laboratories, Inc., Dead Snakes, and in A Galaxy of Starfish: An Anthology of Modern Surrealism (Salo Press, 2016). He has been nominated for a Pushcart, a Best of the Net, is the author of one full-length collection of poems and four chapbooks, and is the former editor of Raccoon, Outlaw, and Ion Books. He lives in Memphis, Tennessee.