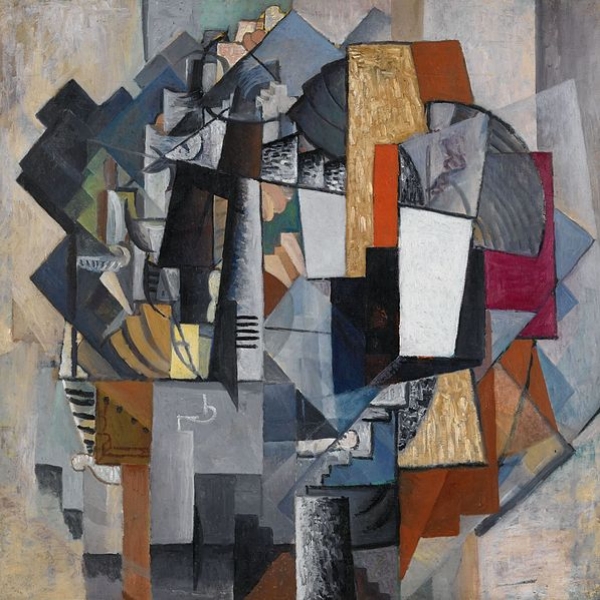 Investing emotions when other operating levers exist,
loving without the privilege of parenthood is an essay
in emptiness. In some eyes I can see myself. I’m inured
to their throes. Come, let us camouflage grief in girdles
of guffaw. Let this be our memory.

You and I inhaled prescriptions scried by sources beyond
our breath. By then my sight was misted by the smoke
of your sticky tune. As with passive smokers we nip and
sometime nurse. An opisthograph on love is not enough:
lived lives have other needs.

Plurality isn’t enough to tickle you pink.
I’ve shared magical, misty evenings
with endless seekers via somatic unguents
but not unlimited with the one I wanted,
certainly not when I was a louse in love, when
all of me was a photocopy of priapic rush,
when monosemy of skiving left me with
a jack-o’-lantern smile. Numbers never woo.
It kvells to be in sync with one who soothes.
Per contra those consumed by tendresse
on another day may thirst for other thighs.

Originally published at The Mind(less) Muse.

After the drill of social punctilios, when curtains are drawn, the blah
blah of bovarism lies peeled in hearts willing to eavesdrop on themselves.
Therapy of truth unveils its secrets: we know our lies better than all
the light there is. After a mortise level on laminate of life, it is meaningless
to tend to every kernel of truth. Attempts to amp this will end in ache.
The key is to find your centre. If there were a panopticon edge to one’s script
there wouldn’t be need for prophets. To be famed for clerihews is meta.
Synesthesia bedrocks all impulse. What is the color of your grief?
Pain isn’t proprietary, join the party.

Sanjeev Sethi has published three books of poetry. This Summer and That Summer (Bloomsbury, 2015) is his latest. His poems have found a home in Off the Coast Literary Journal, Literary Orphans, The Bitchin’ Kitsch, Café Dissensus Everyday, Section 8 Magazine, and elsewhere. He lives in Mumbai, India.