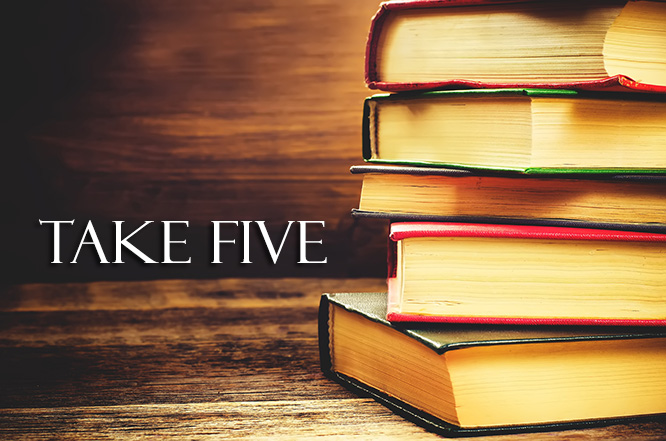 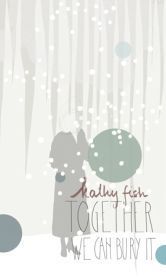 Welcome to Easy Street’s inaugural installment of Take Five, a feature in which we’ll chat briefly with poets and writers about craft, and share a short work.

This month, we welcome Kathy Fish, author of three short story collections, including her most recent book Together We Can Bury It, in addition to a myriad other short pieces. Kathy’s work is a stunning example of the flash genre. She’s found a quiet intersection of fiction that supersedes the vignette, cuts as close as a poem. Her quiet graciousness as a literary citizen is legend. The first time she sent congrats on a flash I’d written, it might as well have been The Paris Review.

I first read our flash selection, “Foreign Film,” in her most recent short story collection. At just under 400 carefully chosen words, we are privy to a dark film mirroring the ragged tension and exhaustion of a pair whose unraveling couplehood is as absurd as it is maddening. Later, during our five questions, Kathy shares the reason she carries her notebook everywhere and why she loves Jack Handy. —CMG

They are watching a movie about a man who cheats on his wife, whom he loves, and is so disconsolate that his wife eventually loses all patience and leaves him. They are at the point in the film where the man considers his many blunders as he walks along a rocky shoreline carrying what looks to be a large vase. The director of the film is Yugoslavian.

They have argued through dinner and through the night and now it’s nearly dawn. They have no eyes for subtitles. The musical score unnerves them. It is exactly the sound of an accordion squeezing the life out of a kitten.

The woman rolls off the couch and lies on the floor. The light in the room changes. Through the window, the clouds resemble dove’s feathers. The man stretches his legs out. He mutes the television and chuckles. She thinks he muted the television to make sure she would hear him chuckle.

The disconsolate man’s face fills the screen but the couple is no longer watching. The subtitles flash in quick succession.

“And when I get back, I’m taking a shower,” she continues. “And you, Laughing Man, you can do whatever you want.”

The man in the film stares. The screen is clear of words. His gaze is urgent and equable.

“It’s all here,” he says, tapping his forehead. “It’s been archived.” He chuckles again, eyes closed.

The room brightens. She stands and hovers over him. He is sleeping. She splays the fingers of one hand and lowers them to his face. The click and whoosh of the furnace makes her jump. She turns to the television. The disconsolate man has waded into the surf. He cocks the vase back in his palm and heaves it in a wide arc into the sea.

ES: Can you tell us about your writing environment? What are the essentials you need around you, if any?

KF: I’m lucky enough to have my own small room, away from the main activity of my home, exclusively for my writing. My desk faces a large window that looks out to my back yard. I am surrounded by overflowing book cases. It’s quiet and cozy and perfect in there. Essentials for me are the window and having my favorite books within arms reach. I love it.

ES: Where are you from and where are you now? Does sense of place factor into/inform your writing?

KF: I was born and raised in the Midwest, in a medium-sized town in Iowa. I grew up working class Catholic. As an adult, I have lived in Maryland, Missouri, a brief stint in Ottawa, Canada, two separate times in Australia and now, Colorado. Despite having lived so many places, my growing up years in the Midwest have had the greatest say in who I am and have informed my writing the most. I also think “living lots of different places”  has informed my world-view and my writing in general. But nothing so much as my Midwestern roots. I think there is more depth and scope for living and storytelling than people from other parts of the country realize. There’s a true sense to the Midwest one maybe doesn’t even realize until one gets away from it.

ES: What are the basics of your process? Do you start with a word or idea? Do you write immediately or let it simmer for a bit? How do you edit? Do you ever give up on ideas?

KF: Typically I start with a sound or a voice in my head. Or a very strong image. I always start with pen and notebook. Always. My notebooks are filled with lots of scribbling. And I mean scribbling. I don’t even pay attention to the lines most of the time. Most of it is garbage. But if something gives off a little heat, I’ll circle it. So I may end up with a page of circled or starred lines or words. I just keep going until I feel a story coming together. At this point. I’ll go to my computer and type.

I’m one of those awful writers who edits as I go. I have never enjoyed writing a quick and dirty first draft. I love taking my time. For that reason, I rarely have huge edits when I get to the end of a draft. Mostly what I do is fuss forever over sentences. Getting the sound right. However, I’ve had the few flukey times when I’ve dashed off a flash or microfiction quickly! Those few times, I’ve had to make only small changes and the stories went on to be published. I love it when that happens, though it’s rare. Mostly I’m very slow and painstaking.

ES: What other art forms factor into your work? From what and where do you draw inspiration?

KF: I’m very inspired by art and photography. I have a membership to the Denver Art Museum and go as often as I can. I always take my notebook. I was surprised recently to find that I love Expressionism so much. It hadn’t done much for me before. But I saw an exhibit that just lit me up creatively. I was so moved, especially by Helen Frankenthaler’s abstract paintings. Music puts me in a certain meditative mood that’s good for writing. I love the composer Michael Nyman. I would love to write a story as beautiful as his music. And of course, I draw inspiration from life, people, crowds, overheard conversations. I’m more of a listener than a talker and I love hearing people’s stories. Sometimes I’ll say, “Oh, can I use that?” Not even whole stories but snippets, odd names, funny/strange things. The weirder the better.

ES: If you had to give a good friend three books to read while spending winter in Antarctica, which books would you give them and why?

KF: Wow, this is a tough one. Winter in Antarctica?

Okay, if it were me? I’d want something epic, long, sprawling. Deeply engaging. So let’s go with a Russian novel. Anna Karenina or War and Peace. The Brothers Karamazov. Or Crime and Punishment. Something with a huge cast of characters. Something that could be read repeatedly and never get boring. Let’s settle for Anna Karenina.

I think it would be important to keep one’s mind agile during a winter in the Antarctic. I would send along Richard Dawkins’ The Greatest Show on Earth: The Evidence for Evolution. A challenging, absorbing read, something to mull over, and an imperative reminder that Life exists, continues, changes, even if outside your window there’s only darkness and frozen snow.

And for one’s sanity there has to be something hilarious, right? I would send along one of the very tiny volumes of Jack Handey’s Deep Thoughts (to take a break from Tolstoy and Dawkins). It’s so deliciously weird.

Nothing in my life has made me laugh harder. 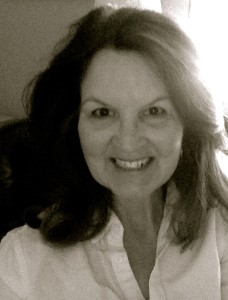 Kathy Fish’s stories have been published or are forthcoming in The Lineup: 25 Provocative Women Writers (Black Lawrence Press), Slice, Guernica, Indiana Review, Denver Quarterly, and elsewhere. She is the author of three collections of short fiction: A chapbook of flash fiction in the chapbook collective, A Peculiar Feeling of Restlessness: Four Chapbooks of Short Short Fiction by Four Women (Rose Metal Press, 2008), Wild Life (Matter Press, 2011) and Together We Can Bury It (The Lit Pub, 2013). She will be joining the faculty of the Regis University MFA program in January of 2016, teaching flash fiction.