What Students Most Need to Know About Syntax: a Mini-Essay 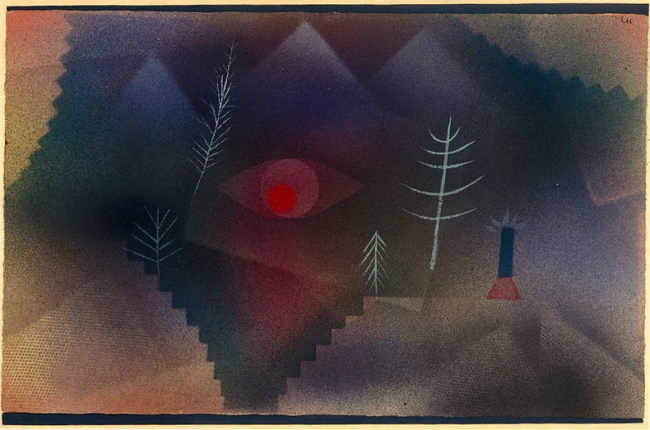 “What is syntax?” That was my opening question to my Introduction to Poetry section one memorable first day of class. I will never forget the answer that came wafting in from the rear of the room: “A tax on sin!” At first I took it as a joke, but soon realized the student was absolutely serious. Syntax. It, and all aspects of grammar, bedevil many students today. Yet many of those same students fancy themselves as budding writers. Especially infamous is the would-be poet, convinced that all she has to do is sit and wait for the divine breath to enter her ear and all will be greatness and poetic light! That also is why the first thing I would do in almost every class I taught was to put a small poem up on the blackboard and spend an entire class period looking at nothing but the syntax: the constitution of the sentences and the elements and their placement within the sentence. “Syntax,” I would say sternly, “means, literally, to put together, to arrange in order.” Puffed up to my most glorious professorial splendor, “The word syntax,” I would snap briskly, “comes from French from Late Latin from Greek.” Then, like the master performer I was, I would spin, walk to the blackboard and carefully print the first stanza of a poem, rolling up my sleeves immediately after as a visual indicator of the work that was about to ensue:

I placed a jar in Tennessee,
And round it was, upon a hill.
It made the slovenly wilderness
Surround that hill.

Then the questions would begin. “Tell me, “I say ominously, “what kind of sentencing does the poet use here, and why?” Dead silence. “Okay,” I then prompt, “let’s look at the first sentence. What type is it?” A hand timidly goes up. Acknowledged, the student asks haltingly, “Isn’t it a coordinating sentence?” Sweat breaks out on my upper lip. “Uh, well, “I say bemusedly, “you have the right idea but not the right term. Anyone?” Silence. Figuring a flank attack might work better, I move on, asking, “Is the second sentence the same type? If not, what’s different?” Silence again, but not so extended this time. A voice shouts out excitedly, “The second sentence is all one part, but the first has two parts!” I almost faint from the rush of adrenaline that comes with this small victory. Now it is time for the second part of the question: Why? Why is the first sentence a bit more complicated? And what does it allow the poet to emphasize? Half a dozen hands shoot up. Ah, I think, we are making progress. “Because,” one student says elatedly, “there are two different things being shown in the first sentence, and only one in the second.” A pause. “Yes,” I urge, “and what are they exactly?” The student wrinkles his brow in deep concentration. Then his whole face lights up. “In the first sentence,” he explains triumphantly, “the guy describes how he places the jar in the first line, and in the second describes the shape of the jar and where it is.” I have to restrain myself from running over and hugging the kid! Now for the ultimate test. “Why,” I ask, “do you think the poet has that rather archaic expression, ‘And round it was’”? The silence lengthens like the late afternoon sunlight coming through the Venetian blinds. I am very near despair once more when, unbelievably, the answer comes: “Because he wants to stress the roundness of the jar.” I can no longer contain myself, and “Yes!” I virtually screech, jumping up and down. “Yes!” Of course it will only get more difficult in the days and weeks ahead, but for now, for this one moment, they deserve a pat on the back. And so do I. “Class dismissed!” I bellow. They look at the clock and then at me with what appears to be real affection, realizing I am letting them out ten whole minutes early. Thus ends the first crucial lesson in syntax. There is hope after all.