• Go Set a Watchman is the most pre-ordered book ever for HarperCollins. They won’t say how many copies have been ordered, but sales have been brisk ever since it was listed at Amazon. While we’re here, some of Harper Lee’s letters are (prior to the launch—coincidentally, of course) up for auction.

• Writing advice from eight heavyweights. Worth a glance.

• Ursula K. Le Guin begins her essay with “Amazon and I are not at war.” Yet she titles it “Up the Amazon with the BS Machine.” We sorta think she wants to go to war. Or rather we might sorta think so, if we could decipher her essay.

• The Authors Guild appears to be altering course. For one thing, they’ve ended their relationship with Author Solutions.

• A new literary super-agency, The Book Group, has been formed by several high-fallutin’ agents. Just like Crosby, Stills & Nash, except, you know, books and stuff. 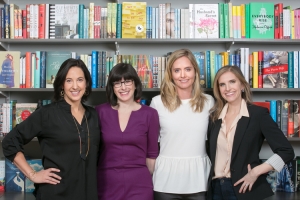 • Advertise with Amazon: a step-by-step tutorial.

• James Patterson is launching a children’s book imprint under Little, Brown. Patterson will personally write some of the books and will oversee the acquisition of others. Sounds to us like the studio system, which Patterson has employed most of his career.

• Indie bookstores are on the rebound, but is it a trend, or just a blip in the graph? While we’re at it, there’s an app, called Bookindy, that can help you “browse Amazon, buy independent.” It only works on Chrome.

• MacGuffin is Comma Press’s new platform for self-published short stories, poems, and other works. We think they should have named it differently, to avoid confusion with The MacGuffin, the literary magazine of Schoolcraft College.

• In the “My oh my, where is our country headed?” department, a high school teacher was fired for reading an Allen Ginsberg poem to his class.

• Amazon has released an update of the most well-read cities in America.

• 700 free ebooks for Kindle, iPad, and other devices.

• How books make it onto the bestseller list. This explains everything. And another video: about a book that can be planted and regrown into a tree!

• In case you haven’t found it yet, Instagram’s @hotdudesreading.

• A $9 computer is knocking at our door. We don’t yet know how useful it will be, but we’re inviting it in for tea. 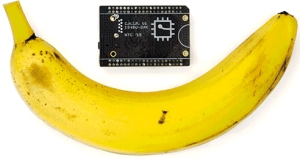 • In the “Yikes!” department, if you’re the president of a large public library, and something valuable gets misfiled, you could lose your job.

• Finally, California libraries give quiet space to the homeless. Read this one in a quiet place.