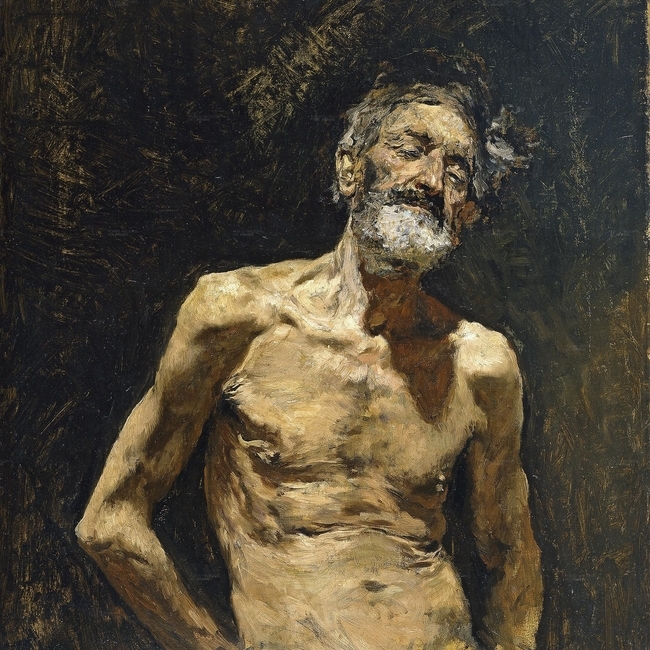 The boiler’s death rattle shook the walls just as snow started to sprinkle over the moorlands. Ernest laughed, rubbing his beard as if he wasn’t surrounded by silence. He shuffled around the cottage, opening each window one by one. To live meant to feel; draught or love, it was all part of the package. Wheezing, he surrendered his torso to the armchair. His whisky-in-waiting was out of its long hibernation. He sniffed the fumes then poured a generous liver-full. It tasted as dark and heavy as his oak dresser.

Lex kept a keen eye on the process, wagging his tail in morse code. They held eye-contact for a moment. Shivering brought on a strange alertness, as if he was waking up from a six-decade sleepwalk. He would be unmedicated—himself at last, whatever that brought. Images streamed behind his eyelids. He watched the show.

The whole family crammed around nana’s television to watch Omnibus on the night of the moon landing. Ernest nodded along to the commentary. His eyes flickered to dad’s serious face. He was close enough to lean on. Ernest had memorised facts about Apollo 11 and its crew. Pacing his nuggets of knowledge, he announced one piece of information every half hour. Dad stared at the television. Mum fluttered about picking things up and putting them back down again. Just for tonight, he could stay up as late as he wanted.

“Great men do great things,” said dad, rolling a cigarette with one hand.

He often talked about his wartime heroes, eyes wet as he recalled granddad Charles and what he did for the country.

George, two years younger, pouted and kicked as he was sent to bed. He left behind the model rocket he was making from ice-lolly sticks.

“He’s all hands and no brains, your brother” said nana, passing round the limp tongue sandwiches for the third time. Avoiding the offer, Ernest patted the sweet chalky cigarettes in his back pocket. On his way to the toilet, he crunched the rocket flat with his growing feet.

Ernest placed his empty glass on the table for the fourth time and inspected his hands. Someone else’s gnarled old fingers looked back at him. He pulled his sleeves down over them. Heartbeats galloped along with his thoughts. Through his shirt, he felt the rugged scars of surgery. As he tried to swallow, he could feel every tablet he had forced down over the last two years. They stacked up in his throat like stubborn smarties. His head moved slowly to the right to keep up with the spinning room. It was not unpleasant. Creaking his frame out of the chair, Ernest headed to the kitchen. Out of the top right cupboard he pulled down his box for the week—a smorgasbord of tablets in timetabled rows. He let the coloured contents trickle into the bin as if out of an unwanted goodie-bag at the end of a party. Lex stuck to his side as he lumbered back to the armchair and felt the call of gravity on his eyelids.

The old drowned quarry three miles from this childhood home was the perfect place to dive. When the future had stretched out to the horizon, sticky summer days were filled with his friends in the water. As adulthood entered his muscles, Ernest saved his wages to fund third-hand diving equipment. The freedom of his summer water-world washed away violent memories of his father’s fists. He became weightless. One July morning, his diving partner Jimmy had failed to turn his oxygen tank to the correct setting. Deep in the water, a pleasant fogginess turned to panic—he could not breathe. Signalling his need to surface, Ernest saw his fate in his friend’s eyes. They rose up through the water together. The journey lasted seconds and days. A strange stillness filled his anoxic world. It didn’t matter if he died. Hauled from the water, hot acidic waves erupted from his mouth onto the grassy bank. Worried hands and faces gathered around him. He brushed them away, then headed home wiping his lips with his sleeve without looking back.

Ernest swirled whisky around the glass. Its smell warmed his nose as wind invaded the living room. He looked from wall to wall. Each was bare.

“Got no pictures, Lex. Nothing pretty.”

Notebooks, papers and journals were tossed together. Squinting and leaning forwards, Ernest could not recognise what pieces of work lay around him. Years of isolating effort seemed like nothing more than dusty wiggles on a page. He watched as the lines danced around into new shapes and words. They no longer belonged to him—free to become something new. He smiled.

Once George’s pottery designs had started to sell, all judgement was erased from the story. Mum and dad covered every flat surface in teapots and dainty unused saucers. No need to turn them upside-down to know their second son’s signature was there. That was as much writing as George could manage. But that didn’t matter anymore. George married a girl from the bakery and moved across town to a solid house by the park. They made three children named after soap opera stars.

The shivering stopped. Ernest pulled at his collar as the air in his struggling lungs seemed to heat up. A gurgling cough stole his breath. His numbed hands released the whisky glass which rolled on the debris below. Cock-eared, Lex briefly raised his head. As the coughing faded, he tucked himself back under Ernest’s feet where he belonged.

There had been a woman; Margaret. She had teased him gently with her velvet skin. Ernest attended the same college lectures as her and spied on her shoulders from the row behind. As she spoke, he held his breath to hear those perfect vowels he could never reproduce. His eyes barely lifted from the ground so his ears did all the work. She was clever. She did not fill her pockets with scraps of knowledge or practise her answers in front of a mocking mirror. Ernest never got to taste her mouth but guessed it was the bittersweet flavour of sugar on grapefruit.

In the darkness of early evening, memories slowed and merged. Ernest could feel his tired heartbeat throb in his ears. He no longer remembered in pictures, but in smells and tastes and touch. The musky warmth of mum’s eau de cologne as he sneaked a sniff while his bath filled. Sharp, salty stings from a packet of crisps stolen from the larder, while laughing to tears with George. And the cold wet welcome of submerging his whole self into water and drinking clear liquid that tasted of nothing and everything all at once.

First published in On the Day of the Dead, Black Pear Press Anthology, 2016.

Stephanie Hutton is a writer and clinical psychologist in the UK. She has published her work online and in print. She won the Writers HQ and Bibliophone competitions, placed second in National Flash Fiction Day micro competition, was shortlisted for the Black Pear Press Short Story Competition and Brighton Prize, and received an Honourable Mention in Ink Tears Short Story Contest. Find her work at stephaniehutton.com.