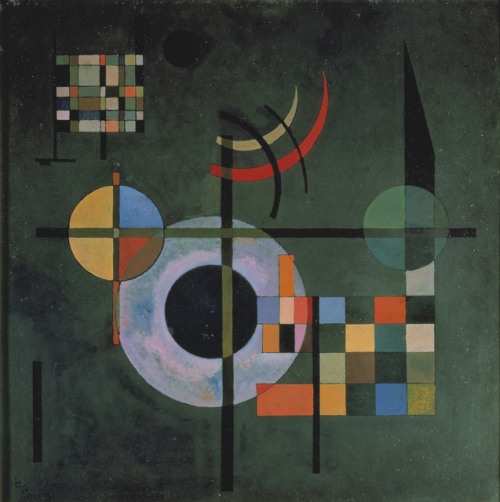 His moving parts are stilled, his senses and sensibilities
dulled by a new diet of gin, processed cheese slices,
challah, salted cashews and the reluctant but inevitable
surrender to sorrow: This is it.

Wakened from a half sleep on his hard, sage green
couch by a laugh track, he hears Watson-the-computer
on a 5:00 a.m. re-run of Jeopardy leaking in
from the apartment next door through a thin wall.
Watson handily conquers its human opponent.
(The papers had been full of it the first time round.)
Sensing a crick in his neck he lifts his head briefly,
then lets it fall back.

A laugh track. A clap track. The Daily Double and its
inane, insane melody counting down the time.
Ornaments of a new, single life.

He imagines his future as an endless, twisting,
single helix: non-recombinant, framed by
a new neighbour’s loud snores and even louder TV.

Before dozing again, his eyes fall to his lap where
A Portrait of an Artist as a Young Man lies open
at page 127—where it had lain when he’d said a husky
and slurred “goodnight” aloud to the news anchor hours earlier:
At page 127, where he had underlined
Joyce’s reference to sin being a “twofold enormity”
a thousand days before at 2:00 a.m. on another
desolate but softer and rightly forsaken couch
in loamy Kerrisdale.

The CD player has been programmed to repeat.
The Lark Ascending makes its twenty-sixth quiet round,
like a weary postman. True sleep returns, if only fleetingly.
Then his Blackberry alarm sounds: 6:00 a.m.

Day two of his trial awaits, as does the plaintiff’s written
submission that weakly responds to his carefully prepared
motion for summary dismissal. The plaintiff’s document lies
unopened and un-highlighted on the kitchen counter.
But there is time enough remaining for a mind like his—
time enough for a mind which can gear up from sorrow to law
like a race driver shifting confidently from the loud,
over-revving whine of third to the settled rumble of fourth
when the road straightens out ahead.

On this stretch of road, at least, he is Watson—barrister
and winning machine. Conqueror.

So begins another day.

P.W. Bridgman is a writer of literary fiction and poetry living in Vancouver. He has earned undergraduate and postgraduate degrees in psychology and a degree in law as well. His short work has won prizes and appeared in anthologies in Canada and abroad. His first book of short fiction, Standing at an Angle to My Age, was published in 2013. Learn more about P.W. Bridgman and his writing by visiting his website at pwbridgman.ca.