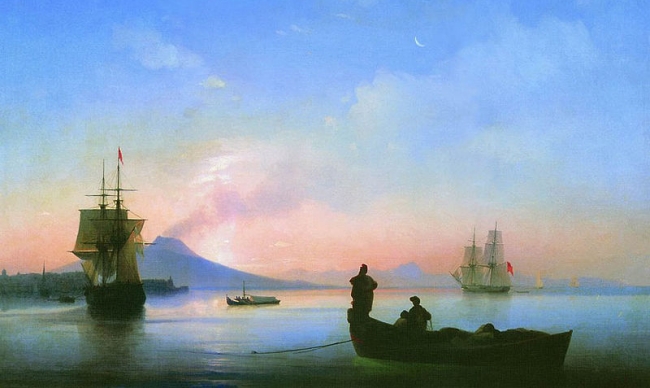 See Naples and die, Johann Goethe wrote,
the deep-dish bay, smoke plumed Vesuvius,
the castle and the terraced hills, the fleet
at anchor, tended by a swarm of skiffs.
Gigs skim from ship to shore, filled fore and aft
with sailors, their paychecks cashed in lira
to spend on booze, tattoos, and prostitutes,
and reams of postcards they’ll forget to mail.
At night the ships are rigged with colored lights,
and swing according to the wind and tide,
couched in the swells of trough and crest, rocking
sleeping sailors above the sea-scrubbed bones
of city sacking Ithacans who heard
the Sirens’ hymn and never more saw home.

Edison Jennings is a single father, part-time teacher, and veteran living in the southwestern Appalachian region of Virginia. After serving as tactical aircrew in the Navy he completed the Warren Wilson Program for Writers. His poetry has appeared in Boulevard, Kenyon Review, Poetry Daily, Rattle, River Styx, and elsewhere. His chapbook Reckoning is available at Jacar Press (jacarpress.com/reckoning).