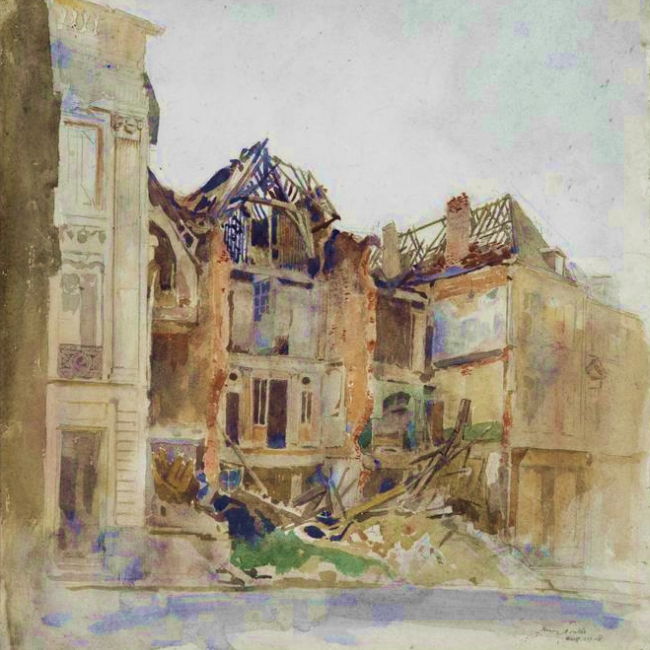 Smith’s sister convinced him to move in with her and her husband. They weren’t able to have kids and he could tell even over the phone that she relished the chance to mother him.

She told him it was time to move to the city, to “stop being a townie for Chrissakes.” But she was just an hour north in a place only slightly larger, and to his knowledge she hadn’t changed much since living there. Her house was a similar style. She took the position she already had at another branch of the company. She still hiked on the weekends and baked bundt cakes for church picnics.

Still, he relented. He moved his clothes into a dresser that made his long johns smell like cedar. The waffle pattern on his shirts worn so soft and fine that they looked like the papillae of a tongue.

There was an old bell on the edge of the property with a rope handle and everything. The bell had been painted red long ago and it was now molting. Smith could imagine its usefulness back when people worked in the fields and needed to be called to dinner. But now it just looked out of place.

To get familiar with the neighborhood, he took walks. The subdivision unspooled into a kind of wilderness. He’d encounter other walkers at times and study them when he could. He believed everyone revealed true feelings through the way he or she walked. A mood carried through a stride whether someone was aware it was being released or not.

“You just gotta be careful when you’re Shell Silverstein-ing it out there. I don’t think you should be looking down at your phone, especially on those blind curves,” his brother-in-law Ryan said.

“You know, where the sidewalk ends.”

“He does this. He makes up his own expressions. They never make any sense,” Bernadette said.

But Bernadette had her own peculiar behaviors. She screamed often, not with her voice but with the slamming of cabinet doors. That might be why Ryan was so desperate to renovate, so he could install those quiet, self-closing kitchen cabinets.

A Masonic lodge stood beside their house. Its overbearing columns and weighty structure emphasized its exclusivity. Smith had no idea what went on there. He watched chubby, older white men park expensive but slightly rundown cars beside the building, watched them trundle in for a meeting about once a month. Sometimes they would filter out after a meeting and linger at the front, half hidden by the columns. He wondered what kind of conversations were reserved for inside versus outside.

Smith passed the temple on the way to the store. He actually liked going to the grocery store. He liked the music they played over the speakers, the brightness from the windows that reached from floor to ceiling, the steady beep of the barcodes scanned at the registers. An undisclosed contentedness fell on him like sun rays on winter skin when he took free samples from the table set up on Saturdays.

He picked off price tags stuck to the floor and baffled the woman who asked him where the rutabagas were when he told her he didn’t work there.

In this new city, he could shape his own days. He didn’t have to live in the reactions of others. Before, he had gotten used to muttering a joke at a party, then hearing someone with a more boisterous voice repeat his joke loudly to the mirthful sound of approval. He got used to coming up with a great idea at work and then next day hearing the idea credited to someone else, or worse, his boss forgetting who said it entirely but running with it anyway. He could get used to invisibility, even settle into it, but he couldn’t get used to pity. That was the only thing that seethed in him.

Everyone had known about Smith’s relationship with the only female train conductor in town. How he liked to watch her train go by above him while standing under the bridge by the river, how he still did it even after she had gone missing.  Every time he was mystified by the number of boxcars they could connect to one train, how elongated it could be and still be considered one vehicle.

They found the train stopped at an intersection somewhere along her typical 135-mile stretch of territory. All the cargo was left intact.

Yes, his sister was right, this new place was a good thing. It would have to be.

“We can’t eat that. The thing’s still Steve Austin.”

Ryan put the meatloaf back into the oven.

“Oh, would you quit it with that already?” said Bernadette.

Ryan glanced at Smith, then skulked into the other room.

“He thinks I’m too judgemental just because I stopped asking the neighbors to water the plants when we’re away after I found out they have a doll collection.”

She picked up the forks by their tines and set them on the table.

“They’re porcelain dolls. With those old-fashioned outfits. Ruffles on the dresses. Those eyes that can open and close,” she continued.

She shook her head and pulled out too many napkins. One fluttered away into the sink.

“And now with this new … new habit of his. He thinks I just want to discourage everyone’s individuality or something.”

Returning from a walk one morning, Smith watched the Masons gather outside. They looked bloated with secrets. He wavered on the sidewalk, waited to overhear a conversational morsel.

They drove away, each in their own cars, in such an obscenely ordinary way. Except one, a younger looking one. This guy walked over to Smith’s sister’s house and peered in the windows that most likely revealed an empty living room with a picture of a mallard taking up a large portion of the wall. Smith was astounded at this reversal of curiosity. The young Mason then looked around their yard and crept over to the old red bell. He grabbed the rope and waved it from side to side until it released a chiming of sorts, triumphant and reverberant and wholly unlike the whistle of any train.

Claire Hopple’s stories have appeared in Hobart, Monkeybicycle, Bluestem, Quarter After Eight, Breakwater Review, Timber, and others. Her story collection Too Much of the Wrong Thing (Truth Serum Press) will be released in November 2017. She’s just a steel town girl on a Saturday night. More at clairehopple.com.