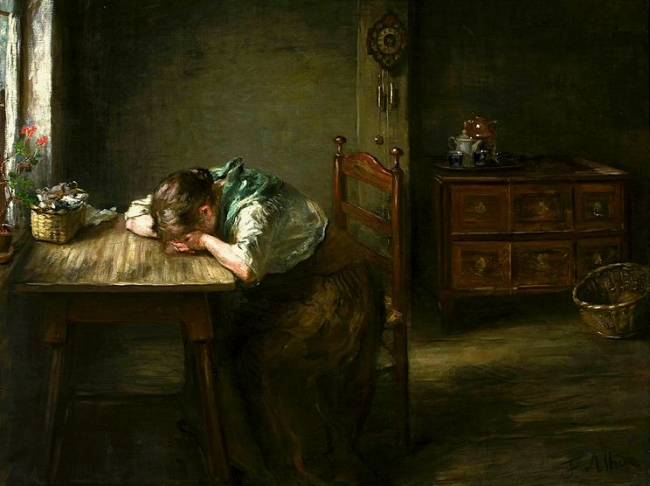 The library’s Saturday morning storytime was cancelled due to poor attendance. The staff had tried everything to keep it afloat—finger puppets of farmyard animals, “campfire” stories around an LED fire, Halloween tales with glow-in-the-dark vampire teeth and fake blood—but the numbers dwindled, and when the remaining participants were a few vagrants that hung around for the free ants-on-a-log celery sticks, they finally admitted defeat. The surrounding children’s section, however, had become a hub of activity.

Rows of computers were captained by increasingly younger users, mostly boys around six, leaving the keyboards sticky with the residue of unwashed, clammy hands, the monitors a fog of fingerprints. The librarians implemented a waiting list for screen time, the ledger filled with the primitive scrawl and backwards letters of those newly initiated to writing, and the restless hordes gathered around the players, shouting directives and commenting on the pixelated characters controlled on screen.

“Hit her with flowers. Hurry! You’ve got to tame her!” said a small boy white-knuckling the chair-back of another boy sitting atop his bunched and fidgety legs.

“No!” the player said, “I already have three girlfriends—I don’t have enough supplies.”

The library has a policy forbidding parents to leave children under twelve unsupervised, but it is impossible to enforce; the parents could be upstairs or at the Thirsty Clam around the corner, the children might have come with one of the teenagers puffing a fog of tutti-frutti vapor above the fountain outside. They all claimed to be related to one another when questioned, the mass of them traveling in a runny-nosed pack.

“Why won’t she do what I tell her?” asked a player decked out in head-to-toe Spiderman.

“Give her a diamond, retard,” said his neighbor. “It’s the only way to shut them up.”

Sure enough, the blocky, bikini-clad figure erupted a fountain of bloated cartoon hearts when the player pelted her with gemstones. Then she turned and retreated to the corner of the cubic cabin where she stayed with a bar indicating her current mood overhead. At present, she seemed to be fully content.

There had been complaints from mothers accompanying their children through the abandoned rows of picture books, suggestions about appropriate content, internet filters. “Why haven’t you talked to their parents?” they asked. Eventually, those families stopped coming, leaving the librarians outnumbered by the four-foot wielders of flower and jewel.

Last Thursday a small, freckled boy came back from the bathroom to find that the friend saving his spot had taken over the controls in his absence, divorcing him from his cartoon wife. “What the fuck,” he whispered, testing its weight, then shouted, “WHAT THE FUCK?” pulling his friend from the chair by the sweatshirt and kneeing him in the eye. In an instant, the rest of the boys were pushing and shouting around them as they tossed and flailed on the magic carpet. By the time the staff was able to pull them apart, two computer monitors had been jostled to the floor, where the screens lay cracked and blinking.

The tabletops became covered in carved and Sharpied scrawl declaring allegiances to lists of animated women, “Joe + Susie + Britney + Rose 4EVAH,” or else “Stephanie = dirty HOE,” unaware of their slurs against garden equipment. Candy wrappers and empty potato chip bags were stuffed between the cords, wads of chewing gum were mashed beneath chairs and into the carpet. Old posters of celebrities like Michael J. Fox and Mel Gibson, noses in books with READ in block letters were graffitied, Xs for eyes and blackened teeth, the text changed to “BLEED,” “DEAD,” and “PEED,” respectively.

The librarians tried to fight back in their silent warrior, introvert way. They set out books between the monitors: collections of fables, copies of Manners Can Be Fun, a few Superman comics, and The Giving Tree (though the irony was not lost on them). They created incentive programs that awarded good behavior with free passes to the zoo or the children’s museum. These all went largely unnoticed. And so they took away the chairs.

The urgency with which the players navigated their clumsy avatars across the blocky landscape, chasing after females and pummeling them into rose-scented submission, made playing while standing up a preferable option. They jumped and kicked and stomped, the movement of their velcroed, light-up sneakers a strobing alarm across the floor.

A taller boy, scrawny from a growth spurt, was clicking rapidly on a button labeled “Procreate,” until his character held a blue bundle. “Why won’t you take care of the baby?” he yelled, directing his avatar to throw the bundle repeatedly at the female on his screen. When she didn’t respond, he instructed his avatar to deposit the baby, hop out of the structure, and set it on fire.

Opposite him, a group of boys were shouting excitedly at another player. “Look, look!” they said, “Just look at what she’s doing!” One of the librarians got up from the circulation desk and moved toward their noise. In the rough animation of the game, it was difficult to tell what any of the characters were doing, they all just bumped against each other, the overhead bubbles indicating some semblance of meaning. “She ith, I told you—she’th cheating on you!” one lisped. The librarian tapped their shoulders, asked them to quiet down. When they began chanting, each syllable in unison as if a rehearsed school program—“Kill her, kill her”—they could have been talking about anyone.