Index for W: Growing Up XX 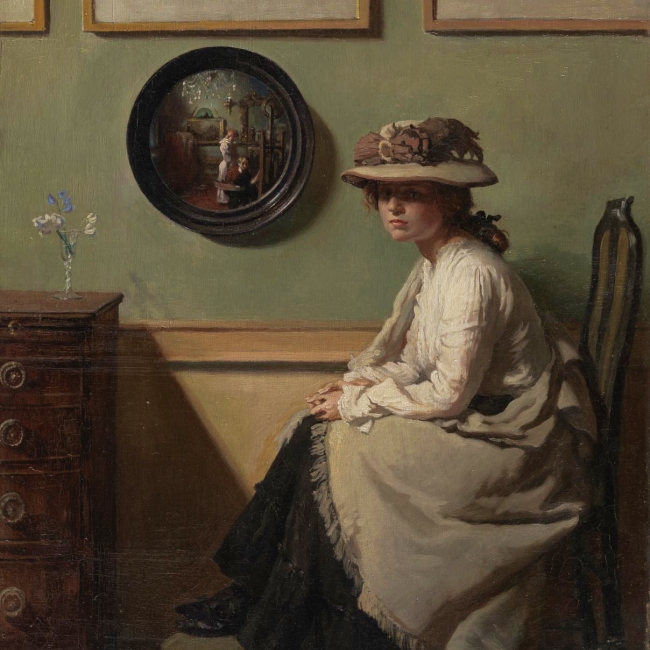 Wage:
XX was taught that her worth was determined by how much money she earned, 1-9
Are women worth less than men if they make less money? XX thought, 4-12
Wage gap, 15-?

Waist:
In school, this was how XX was taught to determine her beauty, 12-17
“What size pants do you wear?” XX was asked, 12-17
XX was asked her waist size by family members who wanted to order her clothes. They never believed her answer and bought her even bigger clothes, 10-?

Walk:
“Walk with your keys between your fingers.” 10-?
“Never walk alone at night.” 12-?
In the dark, with her keys held tight, XX quickened her pace with each breath. She watched for wolves around every corner, 15-?

Wall:
The walls in XX’s bedroom were so thin she could hear her parents fight almost every night. She turned the volume up on the TV to try and block them out, 5-?
Even the brick walls of XX’s dorm room couldn’t drown out the sound of her neighbor arguing with her boyfriend. When she heard what sounded like a slap, she could no longer ignore it. Yet campus safety officer XY said it was just a “lovers’ tiff,” 19

Want:
“Pull up your shirt,” a teacher told XX, motioning to her chest. “You don’t want the boys to think you’re easy,” 12
“Do you want grown men to stare at you? Take those shorts off and put on pants,” XX’s father told her on a hot summer day, 15-?
Why would I want creepy old men to stare at me? XX thought, 15-?

Warning:
XX was constantly warned of the dangerous world before she stepped out the door, 13-?
“Make sure you cover up. I don’t want anyone to touch you, or I might have to kill somebody,” XX’s father usually said, 13-?

Wash:
XX needed a scalding shower to wash away the touch of her classmate who kept groping her on the bus. She was stuck in her seat with a knee brace on, vulnerable, and surrounded by unfriendly, laughing faces, 13
No matter how much XX washed her body, the feeling of the men who’d assaulted her at the campus party would not go away, 19

Waste:
XX’s mother called XX “a useless waste of space,” because she couldn’t figure out how to fix the printer. XX figured her mother said what everyone else was thinking, 13
At home, XX could never do right by anyone. The feeling of wasting space followed her everywhere, even to college, 9-19

Watch:
XX stayed silent and watched the people around her; she did not want to be caught off guard, 10-?

Wax:
“XX, when are you going to wax that unibrow?” a male classmate asked, 9
XX waxed her eyebrows every two weeks to try and be pretty like the other girls, 11-?
“XX, have you ever gotten a bikini wax?” her roommate asked, and XX shook her head. “Really? Do you at least shave? I like to get vajazzled.” 19

Weak:
“XX, you’re weak. You’re not strong enough to fight off a guy if he attacked you,” XX’s father told her, 18
Is it weak of me to show my emotions? Am I weak if I cry? XX thought, whenever the sadness threatened to overcome her, 13-18
XX did not want to feel weak and vulnerable, so she started taking Muay Thai and self-defense classes, 19

Weapon:
“Your intelligence is your greatest weapon,” XX’s mother told her, when XX complained about studying, 12-?
XX was taught that anything from car keys to high heels could be used as a weapon, 10-?

Wear:
“Are you really going to wear that?” 12-?
“You’re going to wear a bikini? Don’t you think you should lose weight first?” 13-?
“If you were my daughter, I would never let you out of the house wearing that. It’s too inappropriate. Too sexy,” Uncle XY said. XX was wearing a t-shirt and shorts in hot, muggy Florida weather, 19

Wedding:
“XX, you should stay a virgin until you’re married. Don’t you want to wear white at your wedding?” 13
XX and her mother debated about the kind of man she would marry one day. Her mother wanted XX to marry “a nice outdoorsy guy” that would make XX “get off the couch,” 18-?
“Have you met any nice boys? You’re not getting any younger,” 20

Weight:
“XX, how much do you weigh?” peers asked her throughout middle and high school, 12-17
During lunch, XX’s friends swapped their weights to compare and determine who was the fattest. It was usually XX, 12-17

Wet:
A boy XX went to high school with messaged her and asked if the thought of him made her wet, and if she would let him touch her breasts. She told him nothing had ever made her more dry than that suggestion, 18

Whisper:
When XX walked down the hallways at school, she believed there were whispers following her, 7-17
“It’s the weekend,” a guy whispered to XX as he poked her breast at a party. She pushed his hand away, 18
“What’s your name?” he whispered to XX. He and his friend pinned her between them, her hands behind her back. Quiet chuckles rang in her ears as she struggled. She still hears them every night, 19-?

Whistle:
XX stared at her feet when she heard men whistle as she passed; she never wanted to acknowledge the fact that they watched her like prey, 15-?

White:
“XX, are you sure you’re Puerto Rican? You sound so white,” 9-?
White was supposed to be the color of purity, and XX’s family wanted her to remain pure. XX wasn’t sure she believed in the concept of purity, 13-17
In school, XX was one of the few brown spots in a sea of white faces, 4-17
While acting white was looked down upon in her family, XX was asked by them to make herself more white in appearance. Her mother made her thick curly brown hair straight every day, 6-18

Whore:
“XX, did you know that having a crush on more than one boy makes you a whore?” a classmate asked, 11
XX and her peers used “whore” and “slut” as names for other women they knew, usually based on what they wore, 12-17

Withdraw:
XX grew up in a loud family and often wished for a moment of silence. A moment absent of comments about her body, or about how disappointing she was, 7-?
XX found herself withdrawing from her family and hiding out in her room so they couldn’t see her cry. She hated herself when she was around them, 12-?

Witness:
XX witnessed many injustices, 10-?
Bullying: XX and female classmates were bullied for being fat, having pimples, wearing glasses, and having braces. Angry and frustrated, XX could never find her voice. Only her tears, 10-16
Abuse (emotional): When XX’s father opened a bottle of Smirnoff, he got more belligerent with each shot. It was her fault he was an alcoholic. She was the problem. “An inconvenience and a bitch,” he said, 10-?
Abuse (psychological): Hobby Lobby was closed, so XX’s mother lashed out and called her “a disappointment, like her father.” XX didn’t understand, 15
Abuse (physical): It was her mother’s birthday, and XX was asleep. She woke up when she felt pressure on her bed. Her father was leaning over her to yell in her mother’s face. He slapped her. Her mother got up and hit him with a hanger. XX’s father stormed out, and her mother sobbed herself to sleep next to XX. XX cried silently and stared at her ceiling for hours after. When XX made her bed in the morning, she found a knife hidden under the mattress. Now, when her family drinks, she hides one, too, 12

Woe:
For years, XX walked around in a fog and tried to ignore the thoughts screaming at her to end her life, 14-18
During her freshman year of college, XX could not take it anymore, and her mother called the school to make her go to counseling, 18
Sessions were filled with tears, but XX’s counselor saw through all of her assurances that she was fine and heard the desperate plea underneath it all, 18

Wolf:
XX’s father had a wolf tattooed on his arm, 14
Soon, the men that leered at XX when she was alone, or with other women, began to look like starving wolves on the prowl; her once-favorite animal became a symbol of something she feared, 15-20

Woman:
“What defines a woman?” XX was once asked. She’d never thought about it before, 19
XX was told that she did not deserve respect because she was a woman, 19
XX thought that her womanhood was the best thing about her, 15-?
XX’s mother was the strongest woman in her life, 0-?

Wonder:
XX used to look at the world with wonder in her eyes, 2-6
XX’s view dimmed day by day, argument by argument, shot by shot, until she wondered why fighting even mattered anymore, 2-?
Has the world always been so hopeless? There’s so much anger out there, 17-19
When did my perception change? XX thought as she popped an anti-depressant into her mouth. All I can see is a black hole, 18-?
XX dreamed of a day when she could see the world with the childlike wonder she used to have, 19-?

Worthless:
“I’m not worthless,” XX tried to remind herself every day, 15-20
XX’s therapist told her that thinking she was worthless was an irrational thought; there was no evidence, 18
XX believed that if she could not give up taking care of herself to help those she loved, then that made her worthless and selfish, 15-19
XX thought that if no one wanted her, then she was worthless and wasting space, 15-19

Aysia Torres is a student, writer, and reader. She recently graduated from Eckerd College in Saint Petersburg, Florida with her BA in Creative Writing. During her free time, Aysia writes weekly articles for Odyssey. Aysia hopes to earn her MFA in Creative Writing with the goal of working in academia in order to combine her love of writing, reading, and teaching.