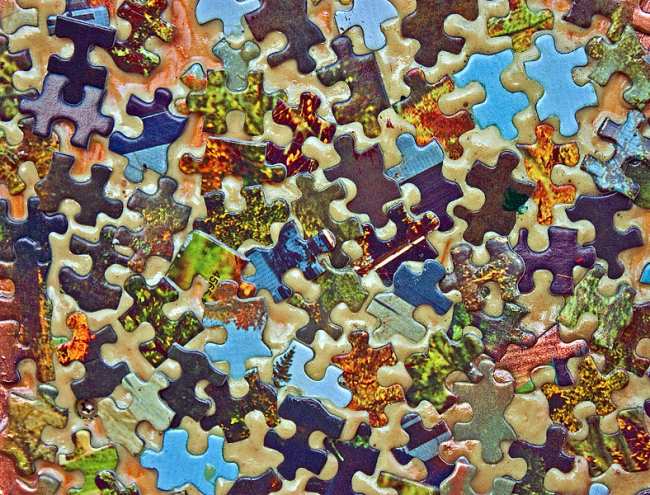 The boy and the girl sat on the edge of the highway, their backs against a wall fifty miles out of Sacramento.

They fixed their eyes on the small puddle of drying blood in front of them. It had spread and was a few inches shy of their feet. There were black strands of hair stuck in it, sprouting out from the blood and the road. The boy thought they looked like they had always been there, waiting.

He looked to his right, at the spiderweb windshield of his Dodge.

The boy and the girl heard the sirens of a second ambulance. They held each other.

The boy said, what was I supposed to do? The girl said, there was no time to do anything. Very little time.

She said, do you think they took him to Sacramento?

The boy touched the asphalt, tapped his palm against it, made a faint sound. He felt sick. The girl held her hand out to the sun, olive skin pale against a paler sky.

They were driving through the country coast to coast. This was their honeymoon. They left cellphones and jobs back home and got on with only a paper map, a couple of backpacks and an old icebox stacked with paperbacks.

The boy put one hand on the girl’s bare thigh when he drove. She slouched on him at night, her breath warm against the nape of his neck. He liked to smell her brown hair when she slept on his chest, to whisper things to her while she dreamed.

Sometimes they fed each other melting candy bars and licked the wrappers afterwards. Sometimes, they stopped by the side of the road and got a couple of paperbacks out. They spread a blanket and read, the boy’s head resting on the girl’s lap. She ran her fingers through his hair. Sometimes, as the boy filled up on gas, the girl used a payphone to call her mother back home.

At a gas station in Chicago the girl received news.

She held the receiver with both hands and closed her eyes.

She heard her mother’s voice. She listened.

When they were out on the road and she told him, he asked her if she wanted to call the trip off.

Your mother, he said, she’d go through that all alone.

But the girl only turned the radio’s volume up. For the rest of the afternoon the boy watched her look out her window at rows of corn that stretched outwards to where they met the clouds. When she slept at dusk, she didn’t sleep on his chest but leaned her seat back and curled up.

She awoke with red wrinkles on her forehead, looking old.

At the hospital a police officer gave them coffee in colored paper cups and asked them questions. They sat in the hallway.

The officer asked, how did it happen?

The boy told him what he remembered. He remembered that the man came out of nowhere and never moved, staring straight into his eyes.

The man smiled, the girl said.

The boy didn’t know if that was true. He looked at the man he had killed. The man’s body now lay on a bed on the opposite side of the hallway, a bedsheet stretched over it, aggressively white against the green walls. The bed stood next to a vending machine with a flickering neon light. The man’s feet stuck out from the far end.

The boy told the officer how he tried to save the man after the crash. How he tried to give him mouth-to-mouth. How the man’s breath smelled like cheap alcohol and his clothes stank of urine and sweat.

He remembered the way the man’s eyes followed the dangling cross that hung around the boy’s neck. Following it up and down, right and left.

He remembered blood, lots of warm blood that soaked the man’s hair.

He remembered the man’s last words but couldn’t bring himself to say them. So the girl said them instead. He was asking about the bus, she said, before he died he was asking when the next 65 would come. Isn’t that the strangest thing?

The boy asked about the man’s name.

Nelson, the officer said, his name was Nelson.

After a few more questions, the girl said she was thirsty. She walked to the vending machine and put in quarters. When the machine didn’t vend, she banged its side. The bedsheet on the man fluttered. Once, twice, three times, she banged.

She backed away and stared at the machine.

Then she stepped closer to the man’s body. She bent over and seemed to whisper something to his head. The officer was writing in a little notebook. The boy didn’t ask what she whispered. He thought, who would want to know?

Hamdy Elgammal is a software engineer and writer based in Berkeley, CA. In the evenings he studies writing at the UC Berkeley Extension and adjusts a nonexistent beret while discussing writing and art in local writing groups. His fiction has previously been published in The Fable Online and Jersey Devil Press.