Dear Salon: You Still Have to Write the Book 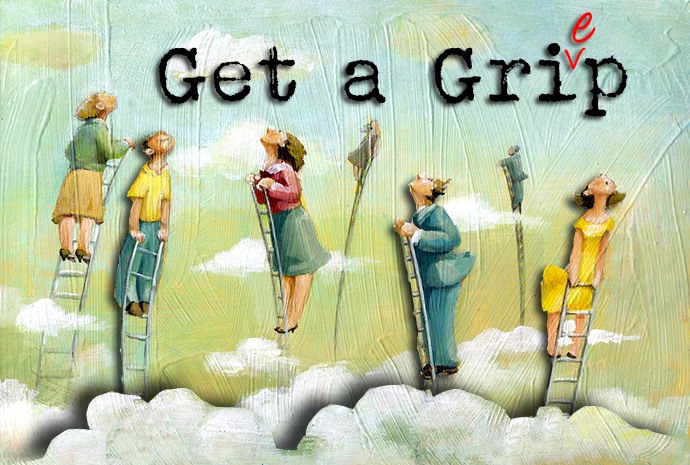 Last week I watched my little corner of the Writerverse lose their collective pickles over Ann Bauer’s Salon piece with the concise title: “Sponsored” by my husband: why it’s a problem that writers never talk about where their money comes from.”

“High time someone talked about money!” said colleagues on Facebook. “Read this,” my friends tweeted. So I did. Then I sat back and read it again to make sure I hadn’t missed something.

On the surface of things, Bauer’s aim is laudable – transparency in the writing world is always going to help those just getting into the field. However, the article actually never gets into “why it’s a problem that writers never talk about where their money comes from.” Bauer provides no stats about writers who quit because they didn’t know how other writers funded themselves. I see no graphs or pie charts about how many writers signed a book contract because someone had “Finally!” let them in on the secret: Having money makes things easier.

Bauer begins her article by wagging her finger at a couple of privileged writers. One writer, who Bauer implies was born into success at thirty something, rudely claimed the key to her momentum was her childfree status. Now that’s a shitty thing to say and a good way to alienate peers and readers, but Kidless Kate is not the first nor the last in the art world to spew such prattle. (Are there people making parenting decisions based on the opinion of one New York Times Bestselling Author?) Kidless Kate’s real sin, argues Bauer, is the obfuscation of her privilege – two parents in the literary world, prep school, and two creative writing degrees which pre-destined her for success.

A second author is cited for his deceit, as well. This man so dripped with wealth, Bauer describes, he lined his nannies up for inspection at his book tour. When someone in the audience asked how he paid his bills while writing, he claimed to have written some magazine articles, much to the tittering chagrin of the rest of the audience. Now, I will grant Bauer that the writer did not do a service to the woman asking the question, however, I also defend the writer’s right not to disclose his financial situation to a complete stranger in a room full of people who seemed to already know quite a lot about him. Would we ask this of a painter at his first gallery opening? Would we demand to know how the first chair violinist pays his electric bill?

We can justify a lot of things in the service of helping young writers. However, young writers also have to learn how to help themselves.

Even before I began writing full time, I was well aware that money was hard to come by in the writing world and would take several years – if ever – before I was even able to make a modest amount. How did I know that? Well, I researched — a talent most writers should have in their back pocket. My questions were common: Should I get an MFA? What should I expect to make from short stories? From novels? How do I get an agent? When do I get an agent? How should I set up my taxes?

I didn’t find this mysterious financial information difficult to find: the answers were at my fingertips. Hop on Twitter and read about the day jobs of thousands of writers and their kids and their families and their heartaches and obligations. Connect with writers on Facebook and learn how their classes are going or how their sabbatical has helped them. Google can bring you the blogs of people willing to break down their salaries and advances.

My personal trajectory has been remarkably similar to Bauer’s. Though I knew I wanted to write at an impoverished 21, I fled from the potential debt of grad school and went to work. When I met my partner, I told him I was serious about writing full time someday and he said he understood. When we finally reached a period of stability and mutual agreement, I packed up my cubicle and traded my pumps for fuzzy pink monster slippers.

But even though our financial situations have been remarkably similar, Bauer and I took completely different paths to publishing. Which leads us to another piece of Not News: Everyone has a unique path to publishing. The one unifying fact for all of us is that we all had to write a book. You, me, Bauer, Kidless Kate, The Author With the Nannies. We all wrote a book – kids, no kids, job, no job, money, no money, regardless of our circumstances – to even be in the position to talk to peers and readers about our publishing journey and the various ways to finance it.

This is where Bauer’s piece careens off the rails for me. There is a quiet insinuation that Kidless Kate didn’t deserve her deal because her parents were in publishing. That her fate was sealed regardless of her work. But even if Kidless had a contract waiting for her, she still had to write the book she’d proposed. And whether she deserved that contract is between Kidless, her agent and her publisher.

It’s one thing to call out an author for being disingenuous about the facets of her path to publishing. But it’s downright cruel to imply that a writer’s financial situation makes them undeserving of their contracts or invalidates their work. How would Bauer feel if someone made the same insinuation about her big piece in Salon giving her an unfair advantage?

Conversely, she’s “sure” writers who are more impoverished than her are suffering because she herself suffered when her straits were more dire. But I’m not so sure. I’ve seen writers from every walk of life take the brass ring. How did they do it? Yup. They said, screw you, circumstances and bite me, life. They worked hard, and they wrote a fucking book.

In general, we writers tend to have trouble keeping our eyes on our plates. It’s hard to not want to be where someone else is, no matter where you are on the big publishing ladder in the sky. We think if we just had a book deal, we’d be happy. But then we want a successful book. And once we have a successful book, we want to win an award. Once we win an award, we want a movie.

When the woman who wrote the 300 Sandwiches blog got a book deal, I remember going ballistic. But then someone reminded me: She didn’t take my book deal. There’s space in the world for a woman who wants to serve a man the requisite number of sandwiches so he’ll marry her. There are readers who will buy that book. But that contract and those readers never belonged to me in the first place.

When, say, we don’t have an award – and worse still, we really have no control over getting an award – we tend to pick apart those writers who do have an award. They were in a better financial situation. They were better connected. They didn’t have hardship. But in reality, when and if the hard comes in a writer’s life has no relationship to their financial situation later in life.

The point is: there’s space for all of us at the table. And literature can and should take all comers. Unless we’re writing memoir, writers ideally come to the table stripped of our identities. Our prose is supposed to carry the weight for us.

I’m not advocating “Let them eat cake.” For those who are comfortable discussing the business end of their art, bless them for blogging and writing about it. But for those who can’t or don’t want to trot out the details of their financial lives, they shouldn’t be pressured to do so. We don’t do that in our regular lives, so why in the world would we be forced to in our writing lives?

Revealing these details impacts more than the writer. These details also affect families, partners, children, and other “sponsors”: the grandfather who left money, the mother who bought groceries, the aunt who offered a room for six months, the lover who made bail. These people have to be on board with this disclosure.

And if we’re baring all here, it’s only fair to tell folks that “Sponsorship” itself is a complicated structure and has to adapt to individual relationships. For me, it wasn’t as easy as turning in my corporate banker badge, packing away my briefcase, and letting Adam pay the bills. We gave things up. We mourned those things. Our lives changed, the way we spent money changed, the flexibility he had in his job changed – and for us that dynamic is always changing.

The literary landscape takes all comers. We need authors from all of these backgrounds to write their stories and hand them to readers from all of these backgrounds who want to see themselves in our stories. As writers, we’ve got to support the making of art, no matter how it is funded and no matter what we face to get there. The hand we help up may help us up in return when the tables of privilege are turned upside down.

We can pull back the curtain, but with the caveat that no two writers’ journeys will ever be the same. It’s not a competition. It’s not a race. Gather all the information you want, but you’re still going to walk your own road and write your own story.