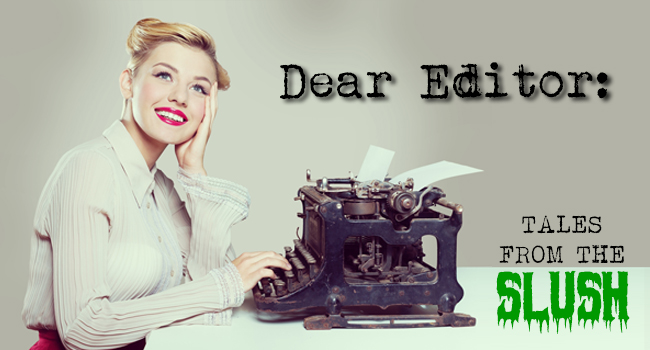 I am an “early retiree” who has admired the work of Clint Eastwood for decades. His films speak to the independent nature of our country, as well as our entitlement to single-handed retribution. Since I left my job as a middle school Media Specialist, I have been working on a script for a movie that harkens back to this tradition of righteous revenge in the fresh light of the twenty-first century, an age where some dogs eat more nutritious food than people.

In my script, From Argos to Sotor, a frustrated, heartbroken, and allergy-plagued Jennifer-Jessica Harold Andrews-Acrid kidnaps her husband’s numerous (eponymous) dogs and threatens to unload them all at an anonymous pet shelter somewhere in Vermont. Hysterical, she also threatens to pass the dogs’ subcutaneous tracking devices under a cow magnet, destroying their effectiveness.

The dogs make her miserable, and her sneezing and watery eyes prevent her from entertaining guests from behind the marble counter tops they installed just a few months earlier. Her black, mohair coat is unwearable. Worse yet, her husband’s newfound journey with PETA means the path of their marriage has begun to diverge. She suspects he is involved with a sweaty cat-lover with hairy armpits. This is true.

Her demands are simple but earnest.

1) The husband, Michael-Christopher, will file a Change.org petition to garner Congressional support for the allergy-impaired, i.e., federal regulations regarding a maximum allowable number of household pets.

2) He will support a MoveOn.org referendum guaranteeing post-exposure dry cleaning expenses for those who have documented allergies.

3) He will share items one, two, and all his Google+ contacts with PETA-girl, who will have undoubtedly have sudden reservations about their continued relations.

The image of dogs with large brown eyes being whisked away in the back of a Subaru would be emotionally riveting for movie-goers. Tangentially, the entire plot would serve to feed the current national pastime of obsessing over invisible, imaginary threats. Even inside sparsely populated hill country—in ways upstanding people can never imagine. What next? Logically, catnapping, but who can say?

The hero/anti-hero tension within and between the entire cast of characters (human and non) is complex and deeply layered, like newspaper in a bird cage.

The husband, a self-centered, doctoral-level-academic hipster, confronts his internal and external conflict resolution in an imaginative and very forceful way. Explaining any more within this pitch would ruin the tale. I can share, however, that the well-trained dogs play a strong, active (but not at all sentimental role) by reverting to their pack instinct. In fact, the hero/anti-hero tension within and between the entire cast of characters (human and non) is complex and deeply layered, like newspaper in a bird cage.

As I anticipate your enjoyment and, dare I hope, acceptance of my script, I’d like to move ahead by suggesting Liam Neeson not be considered for the male lead, as he is terrible at squinting and is overexposed in the kidnap-rescue-vengeance genre. Though it is difficult to think of a current actor who is able to squint in the signature fashion of Eastwood, the cool and verdant setting of New England would not necessarily require squinting. Maybe that fellow who played House could fit the bill, as he appears to have an organic kind of sour disposition. Of course the best possible choice would be Samuel L. Jackson. He can make a credit card look fierce. I would hate to see this script devolve into a “save the puppies” production, and Jackson would give the role the grit and unmistakable attitude it deserves.

With respect to the female lead, I hope you will extend the opportunity to Cate Blanchett. Her eyes look mildly irritated all the time (see Elizabeth I), and in my opinion she seems a bit erratic, although moviemakers call this “having a wide range.” If Cate’s not available, that Hunger Games woman is fierce enough herself (if you keep her away from the Ambien) and she did a very lovely photo spread in Harper’s Bazaar earlier this year.

I look forward to your forthcoming offer.