Apple Loses its Appeal (in More Ways Than One), and Other News

• Apple has lost its appeal to overturn an antitrust judgment.

It’ll be fun to tell our kids where we were when KU 1.0 turned into KU 2.0. We’ll tell them how in the aftermath we roasted rats and pigeons over upturned and burning cars. How we tended to the wounded, finishing off those we knew would not make it. How we drank our own urine in order to survive.

• When E.L. James conducted a Twitter Q&A with the hashtag #AskELJames, she opened Pandora’s Box. She’ll get over it; she’s reportedly worth £37 million.

• James Patterson is increasing his school library donations to $1.75 million.

• Remember the hoopla surrounding the cover of A Gronking to Remember? Me neither, but basically the author used a photo without permission. Tsk, tsk, tsk. The story gets intriguinger.

• Tess Gerritsen has given up her lawsuit against Warner Brothers to retain rights under a contract it absorbed from New Line Cinema. This is a troublesome development.

• According to Gloria Steinem, “Librarians saved my life.”

Only in libraries might one learn that the much lauded Second Amendment, our so called right to arms, has its origins in racism, and is what lawyers call “the fruit of the poison tree.”

• The class action certification against Author Solutions has been denied. How this fraudulent company keeps landing on its feet is beyond us.

• Maps of literary places. Why do we include this? Maps, that’s why! 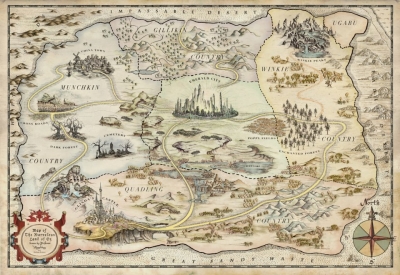 • Incarcerated? If this program catches on, you may be able to read books to your children during visitation hours.

• Finally, if you don’t yet get the power of slam poetry, give it one more try: