Dilemma: Am I a Helicopter Parent? 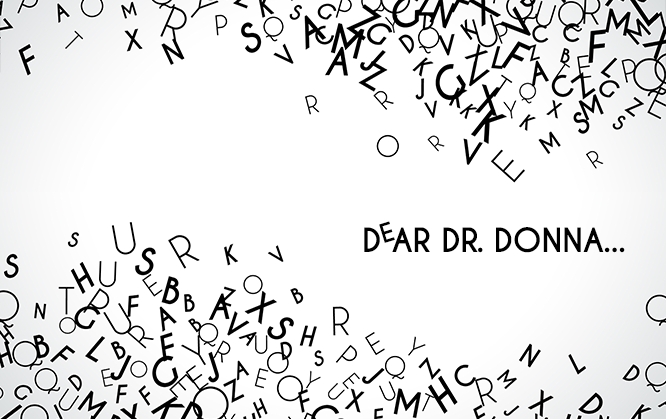 Earlier in the week I attended my 4th grader’s parent-teacher conference. I was happy to learn that the teacher is satisfied with both his classwork and his behavior. It seems, my son it not a problem, but rather, I am! The teacher accused me of being a “helicopter parent.” When I arrived home that night, stunned from her accusation, my husband just laughed and said, “Yeah, you are.” Still distraught, I asked my girlfriend about it the next day at lunch. While she was kinder and gentler in her response, she too confirmed that I am guilty as charged!

I don’t even know what it means to be a helicopter parent. I’m just doing the best I can to raise my son. What am I doing so wrong?

Yep, I hear those blades a-turning.

There’s a lot that’s been written lately about the concept of helicopter parenting, mostly relating to its negative effects. You can find criticisms of the practice in publications ranging from Huffington Post to the Washington Post, from Time to Forbes. 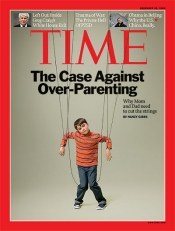 Is the charge warranted?

Well … from preschool to graduate school, parents are intervening in matters from playground politics, to grades, to dorm conditions. Some parents have even accompanied their children to job interviews, to negotiate on their behalf.

Generally, it’s seen as a form of overindulgence and overprotectiveness. But alas, like most things, it’s not that simple.

So just what is helicopter parenting? And why is that so negative? Isn’t that what parents are supposed to do?

As with so many things in life, it’s about finding the right balance. Of course, parents are supposed to care for and protect their children. But here’s the catch—along the way, parents need to give children incremental lessons in how to protect and care for themselves.  Basically, give them experience on the “little things”—and yes, this sometimes includes unpleasant consequences—even though you could handle it better, faster, easier. Otherwise they walk out of the door at 20 (or 30) without the tools to handle the big things. But, it’s hard to stand by and let consequences have their day when you could easily swoop in (whosh-whosh-whosh) and fix it all—no skinned knees, no tears, no negative drama.

So why do we “helicopter?”

Consider this scenario … when I was in grade school (a few years ago, that seems like just yesterday) my Saturday mornings went something like this … relishing the luxury of a no-alarm, no-hurry morning, trotting downstairs at my leisure and into the kitchen for my bowl of fruit loops, which I took into the living room to enjoy in the company of Bugs Bunny and Wile E. Coyote. After breakfast and cartoons I donned my “play clothes” and headed out to gather friends for the day’s adventure. The day was filled with an assortment of activities, depending on the season, including riding bikes, playing in the creek, building snow forts, marathon Monopoly tournaments, or playing Barbies. Wherever we found ourselves at lunchtime, we were provided with peanut butter and jelly sandwiches and Kool-Aid. Then, more of the same. The one hard and fast rule of the day was that we had to be home by dinnertime.

Looking past the nutritional minefield, can you imagine children of today having the same experience? Would any responsible parent let their grade-schooler head out of the house at 10 am, not to return until 5 pm, without knowing exactly where they were? And even if they wanted to, laws on leaving children unattended have become stricter and more diligently enforced.

Clearly, times have changed, and with it, childhood has changed.

The Saturday morning scenario may seem trivial, but consider all the lessons imbedded in that slice of life. We learned time management and how to be responsible for our own schedule. We made one hundred tiny, trivial decisions about our day, which, examined individually, are essentially inconsequential, but together gave us practice in how to conduct ourselves and make thoughtful decisions. Parents didn’t schedule our play dates. We made our own arrangements, and in doing so began to learn the foundations of the subtle art of interpersonal relationships and communication.

These days were not always without drama. Knees were skinned, feeling were hurt, even hearts were broken from time to time. Sometimes we experienced the entire range of human emotions in a single day. But we worked through them, sought counsel when needed, and thus, learned how to manage our emotions.

This is not meant to evoke nostalgia or imply that everything was perfect “back then.”  It serves to set the stage for understanding why we have a tendency these days to over-manage and over-protect. Today, outside the circle of our diligent supervision, well … “there be dragons,” and we are expert dragon slayers. We just need to step back and let them slay the little ones along the way, because the day will come, sooner than we’ve imagined, that the world will be looking to them to slay the big ones.

“The one to whom nothing was refused, whose tears were always wiped away by an anxious mother, will not abide being offended.”
—Seneca

“It’s not what you do for your children, but what you have taught them to do for themselves, that will make them successful human beings.”
—Ann Landers

For more info on these topics take a look at the following titles (synopses from Amazon.com):

Is it possible that everything you were taught about parenting is wrong? Could there be a better way to relate to your child? Do you want more clarity, peace, effectiveness, energy, and authenticity in your relationship with your child? Stop Parenting features a series of vital conversations between a struggling helicopter mom and her wise life coach. It’s a hybrid memoir-parenting manual, full of humor and wisdom for anyone who is a parent or who has had parents. Kyle Mercer offers a radically different perspective on the typical parent-child dynamic. Debunking harmful beliefs about parenting, he shows Karen Tolchin how and why to transform her relationship with her son. Her journey points the way to everyone hungry for peace in a multitude of relationships, beginning with this most fundamental of connections: the one between parent and child.

The Overparenting Epidemic: Why Helicopter Parenting Is Bad for Your Kids … and Dangerous for You, Too! by M.D. George Glass M.D and David Tabatsky

Whatever we label it, overparenting—anxious, invasive, overly attentive, and competitive parenting—may have finally backfired. As we witness the first generation of overparented children becoming adults in their own right, many studies show that when baby boomer parents intervene inappropriately––with too much advice, excessive favors, and erasing obstacles that kids should negotiate themselves––their “millennial” children end up ill-behaved, anxious, narcissistic, entitled youths unable to cope with everyday life. The obsession with providing everything a child could possibly need, from macrobiotic cupcakes to 24/7 tutors, has created epidemic levels of depression and stress in our country’s youth, but this can be avoided if parents would just take a giant step back, check their ambitions at the door, and do what’s really best for their kids.

How to Raise an Adult: Break Free of the Overparenting Trap and Prepare Your Kid for Success by Julie Lythcott-Haims

In How to Raise an Adult, Julie Lythcott-Haims draws on research, on conversations with admissions officers, educators, and employers, and on her own insights as a mother and as a student dean to highlight the ways in which overparenting harms children, their stressed-out parents, and society at large. While empathizing with the parental hopes and, especially, fears that lead to overhelping, Lythcott-Haims offers practical alternative strategies that underline the importance of allowing children to make their own mistakes and develop the resilience, resourcefulness, and inner determination necessary for success.

Got a question for Dr. Donna? Help is only a click away: